Funeral services for Dennis E. Lee,  75, of Albert Lea will be at 2 p.m. Saturday at Crossroads Church. The Rev. James Petersen will officiate. Interment will be in Hillcrest Cemetery with military honors accorded by the American Legion and VFW honor guard. Visitation will be from 5 to 7 p.m. Friday at Bayview/Freeborn Funeral Home and one hour prior to the service at the church on Saturday. Online condolences are welcome at www.bayviewfuneral.com. 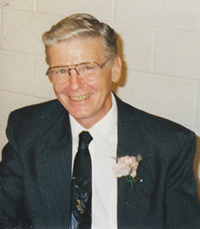 Dennis passed away peacefully at home Tuesday, Jan. 27, 2015, of stomach cancer, surrounded by his family.

Dennis Elvin Lee was born Sept. 21, 1939, in Sioux Falls, South Dakota, the son of Elvin A. and Myrtle M. (Knudson) Lee. He grew up in Brandon, South Dakota, on the Lee Farmstead and enjoyed swimming in the river, riding horses and playing basketball. He attended Augustana Academy in Canton, South Dakota, and graduated from Riverland Junior College with his journeyman cabinet maker certification and his chief boiler’s license.

Dennis was united in marriage to Joyce Jeanette Thorson June 23, 1962, at First Lutheran in Glenville. He served in the U.S. Army from 1963 to 1965 and was stationed in Hawaii. After completing his service he and Joyce moved back to Albert Lea and raised their two daughters.

Dennis held a variety of positions throughout his life. He worked as a journeyman cabinetmaker at Streater for 10 years, an inspector at Queens, a plumber, finish carpenter and spent the last 18 years of his career working for the Albert Lea schools as the district engineer. During his retirement he drove a school bus for a few years and thoroughly enjoyed the kids he transported. His work was always challenging and demanding, and he enjoyed it.

There was no higher priority to Dennis than his wife and family. He showed them by spending as much time as possible with them, up until travel became impossible.

His ultimate passion was building and carving early period Chippendale-style furniture. He also loved target shooting with his Golden Boy rifle. He said it made him feel like a boy on the farm again and helped him forget he was ill. He was an avid reader in his later years. He loved to sing and performed many solos for weddings, funerals and also performed with Harmony Junction.