Knights are joined by pastor and former MMA fighter 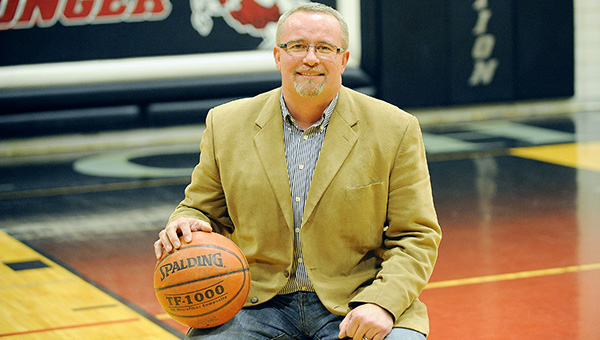 Jack of all trades

A void on the Alden-Conger girls’ basketball team’s staff brought a new face with diverse interests to the sideline.

“Lots of qualified people were interested, but he really brought a lot of experience,” Hovendick said. “Then, I find out that he’s the most interesting person that I know.” 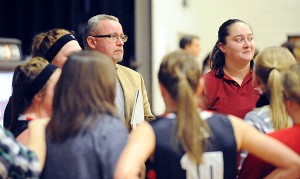 Along with coaching basketball, Harms is a pastor and a former mixed martial arts fighter.

He went to high school in Worland, Wyoming. In 1984, three years before his high school graduation, he started taking karate classes. Three years later, after sparring with a wrestler at his school, he expanded his skills with another martial art: Brazilian jiu-jitsu.

“I saw the Ultimate Fighting Championship, and I said that Brazilian jiu-jitsu, that’s where it’s at because it teaches you what to do when you’re on the ground.”

Harms continued his studies at North Central University in Minneapolis, a Pentecostal school, and did his seminary course work for licensing to be a pastor as a part of Assembly of God through Berean, he said.

In May of 2014, Harms became the pastor at the Assembly of God Church in Wells. The previous year he was in Austin, and the nine years before that he was in Milaca.

While in Milaca, he coached boys’ basketball as a varsity assistant and a B-Squad coach at Milaca High School. He was also the principal and trainer at Milaca Martial Arts.

However, he said his mixed martial arts days are over.

“The years are catching up with me,” the 45-year-old reverend said. “I did compete in some mission wrestling events, but now it takes too long to rebound from injuries.”

To stay active these days, Harms said he plays basketball at 5:30 a.m. three days a week in Wells and on Sundays in Alden.

When Harms moved to Wells, he said he wanted to rejoin the coaching ranks.

“I love basketball, and I like to see it played right,” he said. “So I enjoy working with the kids to develop fundamentals.”

Hovendick said Harms is a good sounding board for her ideas with Alden-Conger’s team.

“He’s not afraid to tell me when he disagrees with something,” she said. “He’s a good person to bounce ideas off of, and he has great Xs and Os advice.”

In addition to Harms, Katie Hallman is an assistant coach for the Knights.

Harms also enjoys fishing and using his Mathews bow to hunt deer. He said he owns a 17 1/2-foot bass boat, but he prefers fishing on the ice.

“If I was going to be fishing in the summer, it would be bass, but I live for ice fishing,” he said. “That’s more my speed.”

Harms said his experience in Wells has been “fabulous” and he plans to stay until retirement.

“It’s funny because I live my life in Wells. I’m a pastor there, but half of my life is here in Alden,” he said. “I’ve gotten to know the people here, and I love the community here too. I feel like I’m part of both of them.”

Family: wife of 25 years, Tanya; two children, Kayla and David. Kayla is married to Matt Sturm, and they have two children.