Seahawks mascot may refer to osprey, but depicts African bird 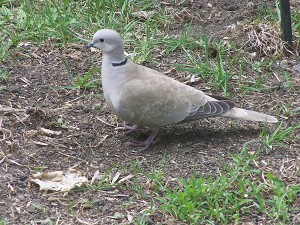 “Everything is nearly copacetic. I’ve been feuding with the neighbor, John Johnson-Johnson. His mother, Jenny Johnson, wanted to keep her name when she married his father, Jake Johnson, so they hyphenated the last name. Johnson-Johnson is willing to bury the hatchet, but not until he’s used it to chop down my tree that he claims is on his property. It reminds me of the kerfuffle when they first marked the centerline of the main street in town and it didn’t work out — the paint washed off the gravel. The remains of a breakfast burrito have become a permanent display next to my kitchen sink, a memorial to bad food. I never noticed it before, but I’m trying to drink eight glasses of water a day, so I’m spending more time around the sink. Here’s a tip for you. Never order a jigsaw pizza. It was ice cold by the time I got it put together. I played my ukulele at the nursing home yesterday. I told some jokes and sang some songs. When I finished I said, in farewell, ‘I hope you all get better.’ One old guy replied, ‘I hope you get better, too.’”

Nature through a window

“Mornings are when I am awake and there is dawn in me,” wrote Henry David Thoreau.

The cats are glued to the window, watching feline TV. They stared as humans do when a blizzard is approaching. At times, the cats look at things that I cannot see, but I suspected they were watching birds. I was 79.8 percent certain of that. A group of cats is a clowder. Do two cats make a clowder? I’m not sure if we have a clowder, but I know that we have two cats that have never set a paw outside and that enjoy birding through glass. They also enjoy squirreling from that location. Birds flying past are like the best of motivational speakers when it comes to drawing the cats’ attention.

I thought of shinrin-yoku, Japanese for “forest bathing” or “forest therapy,” which advocates using a walk in the woods to increase cerebral blood flow and immune defense, as well as improving mental health.

It’s nothing new. Robert Louis Stevenson wrote this long ago, “It is not so much for its beauty that the forest makes a claim upon men’s hearts, as for that subtle something, that quality of air, that emanation from old trees, that so wonderfully changes and renews a weary spirit.”

For contemplative stress relief, sharing a staring out a window with two cats might have been the best I did that day.

“What kind of bird is a seahawk, as in the Seattle Seahawks?” It could be a nickname for an osprey or perhaps a skua. The football team’s bird mascot is an augur hawk or augur buzzard that is native to Africa.

“Why doesn’t a duck’s quack echo?” The quack does echo, but it is often too quiet to hear. When we want to hear an echo, we yell or produce another loud noise to make sure the echo could be heard. The belief that a duck’s quack doesn’t echo is a persistent myth. Maybe ducks don’t spend enough time hanging around echo points.

“What is the Checkoff Fund?” Minnesota residents can contribute to the DNR’s Nongame Wildlife Checkoff Fund. The donations are used to protect and manage the state’s nongame wildlife species, more than 700 species of birds, mammals, reptiles, amphibians, fish, butterflies and invertebrates that aren’t traditionally hunted or harvested. The money helps with land acquisition and easements to protect and manage habitat, and to fund educational programs. Contribute to the Nongame Wildlife Checkoff Fund on the Minnesota tax form or online at www.dnr.state.mn.us/nongame/donate/index.html. The donations are matched by funds from conservation license plates.

“What bird has the biggest wingspan?” The largest wingspan ever recorded was 11 feet 11 inches on a wandering albatross. It is capable of gliding for several hours without flapping its wings and sleeping while flying.

“What is an earworm?” It’s not as creepy as it sounds, unless it’s a particularly atrocious song. An earworm, sometimes known as a brainworm, is a piece of music that continually repeats through a person’s mind after it’s no longer playing. I often hear someone say, “I have a song stuck in my head.” Such a looping can leave one loopy.

“Birds at my feeder look fatter in cold weather. What gives?” Birds fluff up their feathers, cresting more air space that serves to provide better insulation. This makes for a warmer bird.

According to a study published in “The Journal of Wildlife Management,” a nationwide estimate of avian road kill showed that 89 million to 340 million birds suffer fatal injuries from vehicle collisions annually. Previous research had believed bird deaths from vehicles to be in the 60 million to 80 million range.

When English-speaking settlers first saw the North American robin they named it for a bird that they knew in Europe. The two robins are unrelated. The European robin is an Old World flycatcher. The American robin is a thrush. Robin redbreast could refer to either bird.

Some of Oregon’s larger blueberry growers have enlisted the help of falcons to keep invasive birds away. Starlings can descend upon the fields and damage fruit crops. They work with Oregon-based B-1RD, which provides similar services to grape growers in California.

Biologists tracked a white-crowned sparrow migrating up to 300 miles in a single night.

“Half the harm that is done in this world is due to people who want to feel important.” — T. S. Eliot

“Faith is the bird that sings when the dawn is still dark.” — Rabindranath Tagore