‘The Big Year’ movie not accurate, but it’s not a documentary 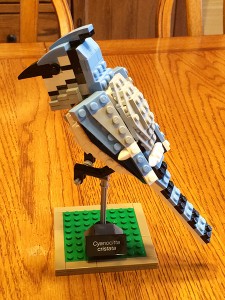 “Everything is nearly copacetic. It’s colder than a banker’s smile. Weasel, Still Bill and I were going to eat at a restaurant where no one under $21 was admitted. We decided we should save the money for our older age. So Weasel volunteered to fix a meal. His neighbor Placemat joined us. We call him Placemat because he only shows up when there is food on the table. How can I describe the meal Weasel prepared? It was worse than nothing. Much worse. There isn’t enough gravy in the world to make his cooking edible. His culinary skills will never rise to mediocrity. I’ve forgotten more than he’ll ever know about burning food to the point of perfection. Whenever Weasel tries to make me feel at home, he makes me feel like I’d rather be at home. Weasel gave us quite a scare. He tumbled down the flight of stairs to his basement. We took him to the hospital’s emergency room. The doctor looked him over and asked, ‘How many steps did you fall down?’”

“How did Weasel respond?” I ask.

I’m pleased to be somewhere.

I move about my yard. My yard is welcoming to all creatures.

The wind had erased all tracks but its own.

The snow had absorbed sound waves and quieted the world.

The feeders were filled with American goldfinches. That hadn’t always been the case. They are partial migrants. Some stay, some go, but most are nomadic. Winter weather could cause the tiny birds to move in search of food. The good thing is that they do come back. I keep the feeders filled so that it would be possible for the goldfinches to go home again.

A friend put up bird feeders at his new home. Birding is enjoyable and educational. The feeders drew a nice crowd, including a Cooper’s hawk. This accipiter feeds on other birds. My friend said that he liked feeding birds, but not to one another. This happens whether we see it or not. It’s the way of the world.

I may not always be pleased to witness such events.

But I’m always pleased to be somewhere.

“I finally got around to watching the movie, ‘The Big Year.’ My question is how accurate was it in its birds.” I liked the movie, but I enjoyed the book it was based upon, “The Big Year” by Mark Obmascik, much more. There were a number of errors in the film. The discovery of a great spotted woodpecker in Oregon (there are no North American records away from Alaska), a pink-footed goose wintering alone in an area where it has never been seen and a number of other inaccuracies. It was a movie, not a documentary.

“Were house sparrows and house finches both introduced to this country?” House sparrows were introduced in New York in 1851. They compete aggressively with native birds for nesting habitat. House sparrows are declining in many parts of their range and are considered an endangered species in the Netherlands. Cats, air pollution, farm practices and pesticides have been blamed for their plight. House Finches are native to the western part of the U.S. A shipment of house finches meant for the pet trade was illegally introduced into Long Island, New York in the 1940s. The population became established and spread throughout the eastern portion of the country.

“Were elk native to Minnesota?” Elk were once numerous across the Minnesota prairie and forest transition zones. This was prior to European settlement. Elk became absent from Minnesota by the early 1900s because of overhunting and the conversion of Minnesota’s prairies to agriculture.

“The bills of the goldfinches look to me like they are a different color than they are during the summer. Am I crazy?” Possibly. I wouldn’t want to diagnose your mental state. Goldfinches are different from most birds in that they molt twice a year. They have yellow feathers in the breeding season that change to olive-brown feathers in the fall after nesting. The colors of their legs, feet and bills also change with each molt. In winter, legs, feet and bill are a gray brown. In breeding plumage, they turn a yellow-orange color.

“How do birds survive our winters?” Birds are warm-blooded, which means their bodies maintain a constant temperature, usually around 106 degrees Fahrenheit. They can’t turn up the thermostat, so they use other coping techniques. They fluff their feathers, which trap warm insulating air. They grow additional feathers for warmth or they add fat. They shiver in order to generate heat. Birds might flock together in order to share warmth. They tuck bill and feet into feathers to minimize heat loss. Some species are able to reduce nighttime body temperatures from their daytime level in a process called regulated hypothermia. Many birds seek shelter from the elements in roosting locations that they deem secure.

The 18th annual Great Backyard Bird Count started Friday and runs through Monday. Count birds at any location for at least 15 minutes on one or more days of the count and enter the sightings at www.BirdCount.org. The information gathered by thousands of volunteers helps track changes in bird populations on a massive scale.

Donald Duck’s middle name is Fauntleroy. Daffy Duck has used a number of middle names, but I’m going with Sheldon.

Speaking of ducks, why has no one written a novel titled, “Moby Duck.”

“The key is to keep company only with people who uplift you, whose presence calls forth your best.” — Epictetus