Visitation will be from 10 to 11 a.m. Saturday at Trinity Lutheran Church, 609 Lincoln Ave. in Owatonna. Memorial services will be at 11 a.m. Saturday at Trinity Lutheran Church.  Interment will be in Forest Hill Cemetery in Owatonna. Military honors will be provided by the Steele County Military Funeral Unit. Memorials are preferred to Owatonna Public Schools. Arrangements by Michaelson Funeral Home. 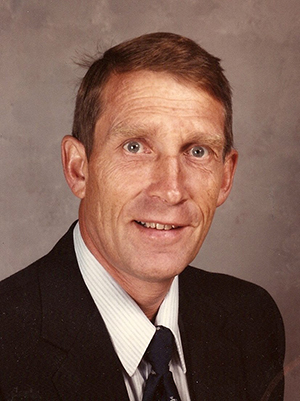 Chauncy was born Dec. 27, 1933, in Albert Lea along with his twin brother to Leonard and Minnie Brua. He graduated from Albert Lea High School in 1951 and attended Mankato State University. After three years he joined the army, and then graduated from MSU in 1958. He received his masters in 1964. In July of 1960 he married Glenys Ann (Peterson).

Chauncy taught in Garden City, Medford and Owatonna for 44 years. In his younger years he was an accomplished wrestler, but his passion after college — outside of his family and career — was golf.

He is survived by his sons Guy of Eagan, Kyle (Lisa) of Maple Grove, Wade (Andrea) of Savage and Brett of Bloomington; eight grandchildren, Erik, Keely, Jacob, Ethan, Megan, Nichole, Hanna and Greta; two brothers, Harvey and twin, Charles, of Albert Lea; and his sister, Frances Petersen, of Warren.

Chauncy was preceded in death by his wife in 2007; parents; and three brothers, Howard, Oyer and Gerald, of Albert Lea.

The family would like to thank the staff of Brookdale Senior Living, especially Clare Bridge of Plymouth, for the care they gave to Chauncy. They are grateful for the days they had with him and will carry on his memory.