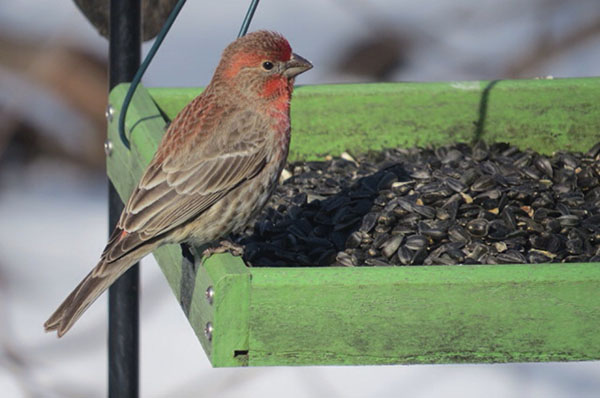 “Everything is nearly copacetic. My standard of living improves when I go camping. I’m as good as a man whose car has four different kinds of hubcaps can be. I’m better than I was, but I’m not as good as I was before I became as bad as I am now. Dr. Splint Eastwood, the old quack, told me I should drink water an hour before each meal. There’s no way I could do that. I could drink it for only about 10 minutes.”

“Maybe you should try drinking tea,” I suggest.

“I like tea, but only if it has meat in it. Splint took my tonsils out. It wasn’t much of an operation. They were already loose. I saw my twin cousins recently. It ticks them off because I can’t tell them apart. I should be able to. Charlene is taller than Clifford. I helped a lot of people the other day. I removed parking tickets from cars. Speaking of cars, I keep my left turn signal on all the time. It leaves me open for possibilities. I need that. A person who spends his life waiting for storms never enjoys the sunshine.”

Mayapples opened their umbrellas. Virginia bluebells and leeks entertained me in subtle ways.

I checked to see which way a vulture was circling. It’s as good a way as most to spend a morning.

I watched and listened to a belted kingfisher displaying in an attempt to interest a more colorful female at Forestville State Park. Kingfishers dig a 3- to 8-foot burrow in a sandy bank for nesting.

A grackle buzzed a chipmunk’s tower, leaving the scrambling chippie with a big tail of fright. The frightened chipmunk ran through violets and dandelions that had flowered in heaps.

Plum trees bloomed. They are beacons to returning Baltimore orioles. Orioles like nectar-bearing flowers. I think of May Day as Oriole Day. It didn’t hold true this year. I saw no orioles on May 1.

“I saw a blue jay carry a few acorns away last fall. How many could it carry?” The Cornell Lab of Ornithology says this, “Blue jays carry food in their throat and upper esophagus — an area often called a ‘gular pouch.’ They may store two or three acorns in the pouch, another one in their mouth, and one more in the tip of the bill. In this way they can carry off five acorns at a time to store for later feeding. Six birds with radio transmitters each cached 3,000-5,000 acorns one autumn.”

“How many babies does a chipmunk have?” After mating, the female chases the male chipmunk away and raises the young all on her own. After a month-long pregnancy, the female bears a litter of two to five offspring in a nest burrow. She nurses the young for about two months before she takes them on foraging trips. The offspring are ready to leave the nest after they are taught to find food.

“Tell me a myth about hummingbirds.” There are many. This one comes from Mexico. After the hummingbirds have completed nesting and the flowers have finished blooming, hummingbirds fly to the branches of trees where they grasp a branch and hang down by their beaks. The hummingbirds desiccate while dangling there. They remain lifeless throughout the winter. When the spring rains arrive, the hummingbirds come back to life. A Mayan legend says the hummingbird is actually the sun in disguise, which is trying to court a beautiful woman, who is the moon. Another Mayan legend says that the first two hummingbirds were created from tiny scraps of feathers left over from the construction of other birds. The god who made the hummingbirds had an elaborate wedding ceremony for them. Butterflies outlined the room, flower petals fell to the ground to make a carpet, spiders spun webs for a bridal path and the sun sent rays that caused the groom to glow in dazzling reds and greens. Whenever the male turned away from the sun, he became drab again like the original gray feathers from which he was made.

My thanks to the good folks at Smith’s Greenhouse in Fairmont and to all who showed up to hear me bloviate. To the lovely woman who asked which bird says, “To it,” and caused me to think of the round pin with “To it” written on it that reminds people to get a round to it, I suspect your caller is an American goldfinch or house finch. Ears hear different things, but I could put those words into the bills of those birds.

Thanks for
stopping by

“There is never enough time, unless you’re serving it.” — Malcolm Forbes