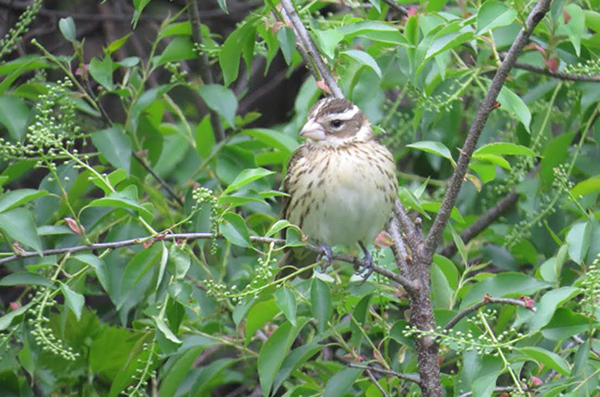 “Everything is nearly copacetic. It’s a nice day, probably. Planting went well. I held a corn seed in my hand and the ground rose up and snapped at it. My house is full of relatives. I don’t always see them, but they’re like mice. I see their droppings. I love my kin, but they are best in small doses. It’s a big week for my family. Everyone gets fitted for a flea and tick collar. They each have a coffee mug the size of a bushel basket. I remember when my grandmother was able to lift a mug of coffee. Now each cup has to have the capacity of the Grand Canyon. I had to pick up some free-range potato chips for them. Every relative wants a certain kind of food. They criticize what I eat. I tell that it’s my mouth. I’ll haul corn in it if I want to. Ma carried in all of the groceries while I watched the game on TV. I reminded her that a woman of her advanced years needs to make multiple trips and not to carry too much all at once. It hurt to watch her work so hard. Especially on Mother’s Day.”

The song of a catbird unlocked the dawn.

A rose-breasted grosbeak fought gently with a window.

By the time I gave my condolences to all the morning doves, the morning had ended. Spider webs were abundant. If spiders are busy, it will be a fine day. At least that’s how the old saying goes. John Ruskin wrote, “There is no such thing as bad weather, only different kinds of good weather.” That is a fine attitude, but he might have changed his tune had he experienced a tornado.

I love the smell of lilacs and the scent of milkweed that blooms later in the year. Some find its fragrance cloying, but I find it a delightful bonus for feeding monarch butterfly caterpillars. Milkweed grows all about our place. Maybe it’d help its popularity if its name were changed from milkweed to monarch chow.

Various species of sparrows found their way into my view. So many subtle shades of brown delighted my eye.

Hummingbirds flitted here and there. No red nectar needed to feed them. The red on a feeder is good enough. Mix four parts water with one part sugar. No need to boil the mixture if you use it right away or refrigerate it.

Thistle birds, American goldfinches, brightened my day as if they were smiles of loved ones.

“How can I keep barn swallows from building a nest in an unwanted location?” Rub a bar of soap over the wall or cover it with plastic cling wrap that makes it difficult for a nest to adhere. This also discourages nesting wasps. You could block the area.

“Am I better off walking or running in the rain?” The general consensus is that you should run quickly if you don’t want to become soaked in a rainstorm. Some claim that a runner puts himself in the path of more raindrops than a walker. The decision to run or walk in the rain has more to do with time than volume of rainfall. A runner is out of the rain in less time than a walker, which means a runner is exposed to less moisture. A walker might benefit slightly from not running into the raindrops ahead, but the added time spent in the rain makes for a wetter walker. If you want to remain as dry as possible, you should probably run through a downpour. If you’re wearing rain gear, conserve energy and walk. The main thing is to not melt.

“Are there no blue feathers?” There are, but the blue found on blue jays, bluebirds and indigo buntings is caused by structure, not pigment. The color is generated by light interacting with a feather’s layered structure. Tiny air pockets in the barbs of feathers scatter incoming light, resulting in a structural color.

Kelly Preheim of Armour, South Dakota, wrote, “A first-grader Matthew told me that at recess he and Traeson saw a turkey vulture flying around and they decided to play a trick on it. He said that they laid on the ground and pretended to be dead. He was disappointed that it didn’t come down to check them out.”

Dawn Hewitt of Marietta, Ohio, wrote about her trip to Colombia. “My trip exceeded my expectations by a mile, at least. My head is still spinning with the brilliant colors of hummingbirds, tanagers, motmots, trogons, quetzals and manakins. My favorite was the red, orange and black club-winged manakin, who mooned us with his white pantaloons while making an odd little sound with his wings. Another highlight of the trip was when our group was charged by a crazy cow. It was kind of like Pamplona, only with a cow, not a bull, and on a remote jungle road, not a city. It wouldn’t have been a highlight if the cow had actually made contact or if one of us had fallen off the cliff to avoid it. We all agreed that it was the most thrilling event of the trip, although we’ve all developed bovophobia.”

“To kick with sore toe only hurts foot.”– Japanese Proverb