Due to the anticipated size of the service, the celebration of Keith’s life will be at 10:30 a.m. Wednesday at First Lutheran Church, 309 Ninth Street N, Northwood. The Revs. Shirley Hoffmann Will and Randy Baldwin will officiate. A private family committal service will take place at a later date. Visitation will be from 4 to 7 p.m. Tuesday at Conner Colonial Chapel, 1008 First Ave. S, Northwood. Visitation will also be one hour prior to service time on Wednesday at the church. 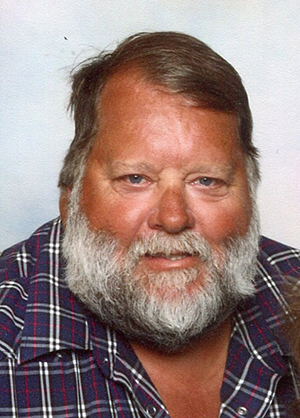 According to his wishes cremation rites will be accorded.  ,

The family would like to request that those attending the service please wear Harley Davidson or John Deere shirt or a shirt of that color with blue jeans and if it is a sunny day feel free to ride motorcycles to the service.

Keith Manley Low was born on May 9, 1956, in Mason City, Iowa, the son of Allen “Sonny” and DeLoris (Flatness) Low. Keith was baptized and reaffirmed the faith of his baptism through confirmation at United Methodist Church in Northwood. He attended school grades first through sixth at Gordonsville and graduated from Northwood-Kensett High School in 1974.

Keith worked at Bob Sistick Deep Rock Gas station as a mechanic, Jasper Implement of Northwood, Wayne Feeds in Mason City and sold Crow seed corn, but farming was his life — especially with his son, Christopher.

He was united in marriage to June Gentz on Nov. 17, 1984, at Salem Lutheran Church in Lake Mills. To this marriage three children were born, Dae, Mandi and Christopher.

Keith and June took over the family farming business after his dad retired. Dae, Mandi and Christopher also helped. His brother, Dan, helped during the harvest season hauling corn while his dad, Allen, always made sure they had candy treats.

Keith’s greatest joy was his seven grandchildren, Hailey, Porscha, Cody, Rypleigh, Chance, MaKaylee and Zaden. He loved giving them whisker rubs and having them sit on his lap to find money in his pocket for their bank. Keith loved his grandchildren very deeply.

Keith was a son, brother, husband, father, grandfather, and a friend to many. As his friends would say, “Mr. Low is it time?” Keith will be missed by all.

He was very proud of Dae and Kevin’s family — Dae working at the school with handicap children, Chris farming and running his cow calf operation and Mandi and Mark for owning their business, Cloud Nine Spa, in Clear Lake.

Keith was a member of United Methodist Church in Northwood.

Keith enjoyed being a member of Aristocrats Car Club, watching classic cars on T.V., Harley bike rides, winter trips to Texas for a month riding the Texas hill country, farming and spending time with his family and friends.

Those left to cherish his memory are his wife, June; his children Dae (Kevin), Mandi (Mark) and Christopher; his grandchildren Hailey, Porscha, Cody, Rypleigh, Chance, MaKaylee and Zaden; his brother, Dan; his aunts and uncles Ragna and Ronnie Flatness, Richard and Marge Low, Bernice Estes and Pat Low; his farm dog, Raven; as well as many extended family members and friends.

Keith was preceded in death by his parents Allen and DeLoris Low; his brother, Timothy; and his grandparents Manley and Blanche Low and Henry and Alpha Flatness.