Live-trapping skunks is the most effective way of removing them 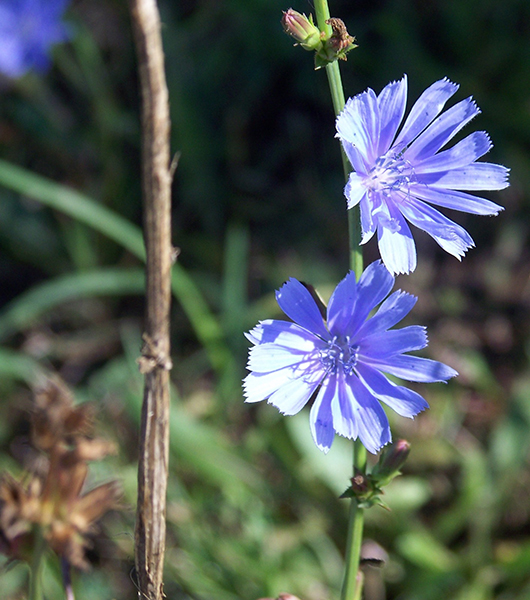 “Everything is nearly copacetic. I’m just like the sign on my car says, ‘I go where I’m towed.’ The neighbor kid was over. He’s a wiseacre. I talked to him about baby boomers. He asked me what a baby boomer was. I told him that they are people born in the years 1946 to 1964. He told me that he’d never heard of them.”

“No, the years 1946 to 1964. I went to the Eat Around It Cafe to get a bowl of soup. Even they have difficulty screwing up soup. The waitress brought the bowl. Not long after, I flagged her down as she hurried past my table. She asked if there was something wrong. I told her, ‘The soup. Taste it.’ She gave me a look and said, ‘I beg your pardon.’ I told her to taste the soup. She responded, ‘I assure you that the soup is excellent.’ I insisted, ‘Taste it.’ ‘The soup was made fresh this morning from the finest ingredients.’ ‘Taste it!’ I said, losing patience. She finally gave in. ‘All right, I’ll taste it.” There was a pause before she asked, ‘Where’s the spoon?’”

“To which you replied?” I ask.

I looked at the nighttime sky. It was the best ceiling ever.

At first light, chicory bloomed on tall stems on the roadside. A common blue wildflower of summer, it thrives in uninviting places. The color attracts like sight of a bluebird. Two legends are associated with chicory. There once was a beautiful maiden who refused the advances of the sun. The sun, in retaliation, turned her into a flower, forcing her to stare at him until fading under his power. Chicory opens its flowers early in the morning and often closes them by midday. The other legend tells of a young woman who loved a sailor who’d left her for the sea. She waited patiently for his return. Knowing that her lover had drowned, the gods took pity on her and turned her into a plant wearing sailor-blue blossoms. This gave the plant the nickname, blue sailors. Thomas Jefferson had chicory sent to him from Italy and recommended the plant as livestock fodder. Chicory has been used as a substitute for coffee.

A red-tailed hawk perched uneasily on a utility wire running above the chicory. The raptor was a mugwump. Its mug was on one side of the wire, its wump on the other.

“Could I chase skunks from a rockpile with mothballs?” Predator urine, coyote or fox, is supposed to get rid of skunks. It doesn’t work. Ultrasonic sound emitters are sold claiming to discourage animals. These devices are worthless. Various sprays (castor-oil based is popular) are ineffective. I’ve talked with many people who have used mothballs or ammonia-soaked rags in attempts to make skunks leave. They declared their endeavors to be complete failures. Mothballs can be harmful to humans and pets. They are insecticides containing either naphthalene or paradichlorobenzene, chemicals that are flammable and toxic. They are unstable, can vaporize and should never be used in an airtight space such as a sealed bag. Naphthalene has been associated with adverse health effects in humans. Labels on mothball packaging list the intended uses and precautions clearly. Live-trapping skunks is the most effective means.

Don Zwach of Waseca asked if young bald eagles return to their nests once they leave them. After fledging, eaglets return to the nest to be fed by parents, to roost and to loaf. Their association with the nest and natal territory lessens as they learn to hunt. This transition to independence varies in length from a couple of weeks to several months.

Jim Lageson of Ellendale asked how many young red-tailed hawks have. This beautiful raptor lays one to five eggs in a stick nest as large as 6.5 feet high and 3 feet across. The incubation period is 28-35 days and the nestling stage is 42-46 days.

“How can I tell if I’m seeing a dragonfly or damselfly?” An odonate is a predatory insect of the order Odonata characterized by a long, slender, often brightly colored body, two pairs of transparent veined wings, large compound eyes, and an aquatic larval stage. The easiest way to tell whether an odonate is a dragonfly or damselfly is to see how it holds its wings when it’s at rest. If they are flat and parallel to the ground, it’s a dragonfly. If the wings are held together over the back, it’s a damselfly. Fliers are usually dragonflies and perchers typically damselflies.

“Only the guy who isn’t rowing has time to rock the boat.” — John Paul Sartre

“Nothing is a waste of time if you use the experience wisely.” — Auguste Rodin