It’s impossible to stop hawks, but there are ways to help songbirds 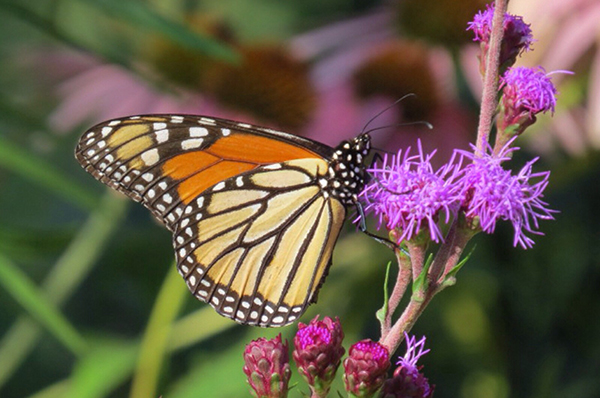 “Everything is nearly copacetic. There are days when I feel like I’m diagonally parked in a parallel universe and I may look like I’m doing nothing, but on the cellular level, I’m incredibly busy. I was raised as an only child. That really ticked off all my brothers and sisters. I was going to cook up some liver and onions for lunch. I like the onions chopped. I’ve learned how to avoid tears when chopping onions. I don’t become emotionally involved with the onions. Turned out that I didn’t have any onions or liver, so I went to the Eat Around It Cafe. The sign in their restroom said, “Employees must wash hands.” I waited 20 minutes, but I couldn’t get one of them to do it. I had to wash my own hands. If I had my life to live over, I’d live it over a pizza restaurant. Remember the neighbor kid who claimed that the problem with the Minnesota Twins was that they didn’t have a spitting coach? He’d memorized the dialogue from all of the Godfather movies. His mother was always telling him that he could be anyone he wanted to be. Well, he’s been arrested for identity theft.”

The Baltimore orioles and catbirds queued up to the grape jelly feeders in my yard. An occasional kerfuffle occurred as one tried to cut ahead in line. I enjoy the company of orioles, but I know that they’ve gotten the memo. After the first few days of September, my yard is emptied of orioles. The grape jelly goes back to accompanying toast instead of birds.

I drove through a scene from the movie “The Birds” only with moths instead of birds. I scraped off countless tan to brown carcasses of European corn borer or corn earworm moths that were plastered to my car. Happy mother’s day to all who had similar encounters. I opened my mailbox the next morning and a mailbox-sized flight of moths fluttered out. Not a single one was carrying a stamp. No wonder the Post Office struggles.

And the banding played on

I watched Donald Mitchell band ruby-throated hummingbirds at the Henderson Hummingbird Hurrah! Mitchell said that their wings beat 53 times per second and their hearts beat 1260 times per minute. He added that the average weight of one of the hummingbirds was 3.2 grams, somewhere between the weight of a penny and a nickel. That meant it would take about 141 of the tiny birds to make a pound. There are about 330 species of hummingbirds, all found in North and South America, with 16 breeding in North America. There are over 100 species found in Ecuador. There are 200 species of plants north of Mexico that are pollinated by hummingbirds. The males migrate before the females. Mitchell said that you don’t need to paint your house red to attract hummingbirds, but it couldn’t hurt. Red tubular flowers turn a garden into a nectar farm. Plant native plants in large drifts that bloom mid-to-late summer. Feed the hummingbirds nectar that’s four parts water to one part sugar. The ratio of natural nectar jumps all over from 2:1 to 6:1, but 4:1 works well. I appreciate Mitchell and his good work. Please come to Henderson next August. You will be enchanted.

“A Cooper’s hawk is terrorizing the birds in my yard. What can I do?” It isn’t possible to prevent hawks from visiting, but there are ways to help songbirds elude them. A hawk is playing its role in nature. Studies estimate that only about 10 percent of a hawk’s attempts to capture birds are successful. Providing natural cover for small birds is the best way to protect them from hawk attacks. Trees, shrubs and brush piles help. Shelter within 10 feet of birdfeeders allows small birds to reach it quickly when threatened. Placing feeders in covered areas such as under awnings, umbrellas or low tree branches and/or using covered feeders might keep hawks from seeing birds. Birds feeding on the ground are more vulnerable to hawk attacks. Avoid feeding birds on the ground and shorten a hawk’s menu. You could make the perches that hawks hunt from uncomfortable or difficult to grasp. Wire cages around existing feeders allow small birds to feed in relative security. It slows a hawk’s attack. You could remove the feeders for a few days, which might cause the raptor to hunt elsewhere. Remember, birds of prey are protected by many federal and state laws.

“Do loons mate for life?” No, they do not. Studies have shown that loons are often evicted from territories. When this occurs, a loon looks for a new territory and mate. If one of a pair dies or if a mate doesn’t return to a breeding territory, the survivor searches for a replacement. A loon may have multiple mates in its lifetime.

“How do I keep the wasps and bees off my jelly feeders?” You could move the feeder. Birds will usually find its new location before the insects do. You could try distracting the insects with concentrated sugar water mix (two parts water, one part sugar) in a shallow plate near the feeder. Try a yellow one, that color seems to attract bees.

“The greatest of faults is to be conscious of none.” — Thomas Carlyle