Mower blades, erosion and more can cause brown spots on lawn 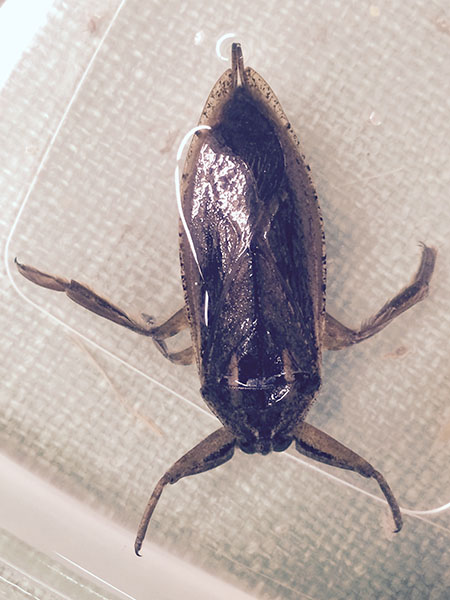 “Everything is nearly copacetic. I’m living the dream, but I keep waking up. I’m a successful man. I started out wanting to become a man and I became one. That’s success. I knew I couldn’t take it with me. I just didn’t know I’d have to give it up so soon. I eat beans for lunch. Then I drink water and swell up for dinner. Pop told me that he was so poor when he was a kid, he only went to school every other day. That’s why he can multiply, but not divide. He just filled out the forms required to donate his body to science. It’s a dream come true for Pop. He’s always wanted to go to medical school. I love listening to Pop. He sometimes forgets, but they are things I never knew. He’s still awfully proud of me for winning the spelling bee when I was in the third grade.”

“I do. You don’t remember it because your hamster fell asleep at the wheel years ago. Our teacher asked me, ‘Can you spell “nomenclature”?’ And I replied, ‘Yes.’ She said, “Well, spell it.’ I won by spelling, ‘Y-E-S.’”

The chipmunk tocked, like a clock with a broken ticker. It reminded me to hit the road.

I drove down the same rural road at 5:30 p.m. every day for a week. At the same spot in the road 100 to 150 starlings gathered on utility wires. It was a scheduled stop for them. Litter from fast-food chains spread far and wide. So did turkey vultures in mowed hayfields.

I worked at the county fair. The fair should hold a tallest weed contest. A nice young man brought in a giant water bug. It looked fierce because it was. It uses its formidable foreleg pincers to catch underwater prey like small fish and frogs. Flat and dark brown, it lives at the bottom of muddy waters and in surrounding vegetation. It’s drawn to light sources at night and found itself at the fair.

Janet Eastvold of Hartland spotted a crane fly. Though they look like giant mosquitoes, they aren’t. Though they appear to be the end result of a mosquito falling in love with a daddy longlegs, that isn’t the case. Crane flies do no harm to people or property.

Someone brought in a photo of a bee that didn’t quite look like a bee. It was a bee mimic. A fly. Something harmless imitating something dangerous. Flies have two wings. Bees have four wings.

I told fairgoers that earwigs and slugs love to feed on hostas. Earwigs really chow down on marigolds.

I visited Stan and Corlyss Fitz in Rockford, Iowa. Stan maintains the wondrous Fitz-Reading Garden. He’s done so for 20 years. Besides an array of amazing plants, the garden holds 22,000 bricks and stones that Stan put into place. I had a delightful time there with people, plants and wasps.

Wasps scare people. They look like small bombs. I marveled at the antics of cicada killers and the football-shaped nest of bald-faced hornets hanging from a tree. A steel-blue cricket hunter moved with quick, nervous actions over bare ground as it carried a cricket. The females sting crickets or grasshoppers and lay an egg on the paralyzed prey placed at the bottom of a burrow. She closes the burrow and the egg hatches into a larva, which eats the living prisoner. The wasp larva pupates and emerges as an adult next summer.

Glenn Biggs of Rockford told me of his encounters with dodder. Dodder is a parasitic herbaceous vine with yellow to orange stems. White flowers appear in a dense cluster along the stem. Leaves usually don’t exist. There are a number of species of the genus, all parasitic. Seeds germinate on the ground and the string-like stems climb nearby plants. As soon as the dodder is able to draw nourishment from the host plant, the root withers away and the parasite lives completely off the host. It can cause harm to specific plant communities. When I was a boy, I called it “rope dodder.”

“Do groundhogs climb trees?” Groundhogs are also called woodchucks, whistle-pigs or land-beavers. The name woodchuck is derived from their Algonquin name, wuchak. They spend most of their time on or under ground, but can climb trees.

“What causes brown spots on lawns?” Who do you think I am, Lawn Boy? Anyone who has seen my lawn would never ask me this question. There are a number of possible causes. Dull mower blades tear grass. A mower blade set too low. Spilled gasoline, fertilizer, herbicides or pesticides. Animal urine. The Pet Food Institute reports that there are 71 million dogs in the U.S. and 73 million cats. Poor growing conditions or soil. Compacted soil. Erosion. Tree roots. Dormancy. Buried debris. Thatch buildup. Grubs. Brown patch and other fungal diseases thriving in moist conditions.

Developed by the Cornell Lab of Ornithology, Merlin is a tool for birders to identify feathered friends. The app offers photos and allows listening to birdsongs. It doesn’t cover all species. Find it in the app store on your device, but please be aware of space requirements.

“Only three things are infinite. The sky in its stars, the sea in its drops of water, and the heart in its tears. — Gustave Flaubert