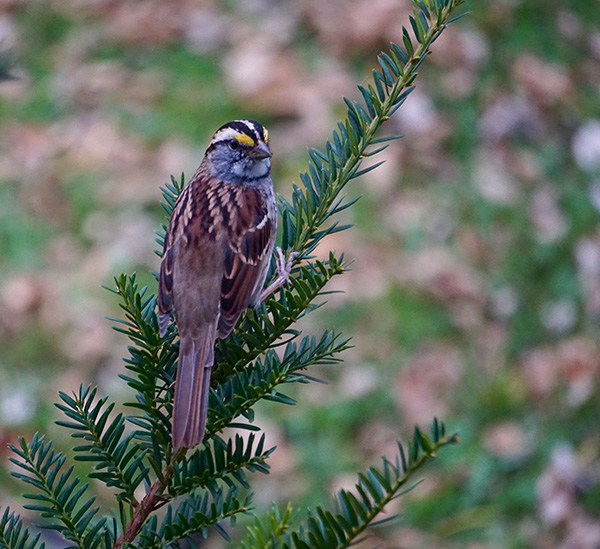 “Everything is nearly copacetic. I’ve got to get to the bank tomorrow and deposit some filthy lucre or I’ll be hearing, ‘Man overdrawn!’ It’s hard to get to town during harvest. It’s a hectic time. All the running around and the lack of sleep leaves me feeling as if I’ve parked my car in the attic and shingled the basement while trying to stop a flood with a garden hose. That’s why I enjoy sitting in the combine. It gives me time to ponder age-old questions such as, Who put the bomp in the bomp bah bomp bah bomp? Who put the ram in the rama lama ding dong? Who put the bop in the bop shoo bop shoo bop? Who put the dip in the dip da dip da dip? I enjoy being outdoors. Whenever I’m not indoors, that’s where you’ll find me, but I do get stressed out during the harvest. My sister Cruella gave me a cup of chamomile tea. It’s supposed to bring about relaxation.”

“I fell asleep and nearly drowned in the tea. I’m not complaining. It gave me something to write about. I’ve been writing a lot lately.”

The friendly frost warning had become a reality. I thought it would. The bird feeders were so busy, I knew something was up with the weather. White-throated sparrows and juncos were welcome visitors from up north. Blue jays, woodpeckers (red-bellied, downy and hairy), goldfinches, chickadees, nuthatches and house finches were birds that fed regularly at the trough. There weren’t as many birds as the 500,000 likely seen at Hawk Ridge in Duluth, but they were just as cool.

The familiar is special. If I look hard at the ordinary, it becomes extraordinary. Buddhism teaches the principle of awareness. I try to be aware of all things in nature. I never fail to find endless wonders waiting for me. I read once that we shouldn’t look for what we saw yesterday. I don’t believe that. I love seeing the familiar things over and over again.

Milkweed pods dispersed seeds on silky tufts. The curly pods, when sun-dried and empty of seeds, provide visual interest in winter as their stalks protrude through the snow. Baltimore orioles use strips of fiber from those stalks to weave nests in the spring.

I watched a blue jay cache food. The jay was hiding comestibles for future use. One study found a single blue jay capable of caching 3,000 to 5,000 acorns in a fall.

A noisy flock of blackbirds twisted overhead. The collaborative energy of the flock was apparent. The flock provided an extraordinarily ordinary look at nature.

“What kind of birds nest in road ditches?” The DNR says 40 kinds of animals do. That includes pheasants, mallards, gray partridges and rabbits. I’ve seen red-winged blackbirds nesting in ditches. Other songbirds do nest there, but ditches are primarily pheasant habitat.

“Is vinegar a good weed killer?” The concentration of acetic acid in grocery store vinegar is too low to provide effective weed control. It may give decent control on small annual weeds such as chickweed or lambsquarters, but not if the plants are good-sized. Vinegar won’t control perennial weeds like bindweed, bittersweet nightshade, dandelions, or thistles. The foliage might burn, but the roots survive. Salt is often used as an herbicide, but it’s not a good practice because of the negative impacts of adding salt to soil. Boiling water may control small annuals, but not large annuals or perennials. Other common weed killers including diesel fuel, gasoline, kerosene, oil, and solvents kill plants, but present fire and environmental hazards. Alcohol, baking soda, bleach, borax, dish soap and oven cleaner kill plants when applied repeatedly at sufficient concentrations. These applications could prove expensive and time consuming.

“How big a territory does a chickadee have?” It varies with habitat quality, but research has found that a breeding territory is approximately 4 to 18 acres with a winter flock ranging up to 50 acres. Young black-capped chickadees leave their parents about a month after hatching to hang out a couple of miles away with other chickadees. The average lifespan of chickadees in the wild is somewhere between 1.5 and 2.5 years.

“How many hummingbirds in a pound?” It varies, but in June Osborne’s book, “The Ruby-throated Hummingbird,” she said that it takes 160.

Thanks for
stopping by

My thanks to everyone who joined me on the Pelican Breeze and took pleasure from pleasing piles of premium pelicans.

“It is one of the blessings of old friends that you can afford to be stupid with them.” — Ralph Waldo Emerson

“The great book, always open and which we should make an effort to read, is that of Nature.” — Antoni Gaudi