The darker the woolly worm, the worse the winter is supposed to be 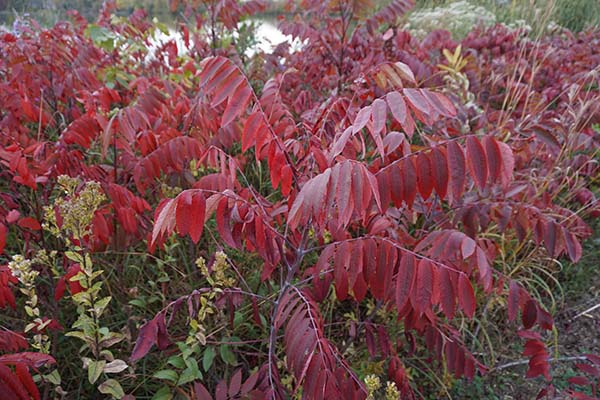 “Everything is nearly copacetic. I’ll be glad when the harvest is finished so I can get back to a selective participation as far as work goes. I love farming, but every boat comes with an anchor. My sister Cruella told me about her friend who ran out of toilet paper over the weekend and didn’t want to drive to the store.”

“All I can tell you is, goodbye hubby’s socks. Cruella believes in vitamins. I’m taking some just to get her to shut her yap. She has me swallowing so many of them that by the time I eat all of them, I’m full. Cruella is not only conniving, she is tricky, too. She gave me a test to see if I was a doofus. She filled the bathtub with water and then gave me a spoon, a coffee cup and a bucket. Then she told me to empty the bathtub. I used the bucket to empty the tub lickety-split.”

“Did that make you a normal person?” I ask.

“No, it made me a doofus. A normal person would have pulled the drain plug.”

It was a chamber of commerce day. Sunny and sublime with a pleasant temperature and low humidity. There had been bluebirds on the utility wires. The weather was beautiful and the presence of those birds meant it was certainly a bluebird day. There can never be too many of those.

Flickers filled the yard. They were feeding upon ants. Roger Tory Peterson, the birding legend, told the story about finding a flicker on the ground and he’d reached out to touch the dead body, only to discover that the flicker was very much alive. The flicker burst into flight. This boyhood encounter set Peterson on the path that would be his life’s work.

Dialogue-driven crows squawked and talked. A coyote ran from a bean field to a corn field, late for an important meeting, no doubt. I nearly had my throat slit by a wind-driven, dried cornhusk. A white-throated sparrow appeared to be wearing a Michigan Wolverine football helmet. A woolly bear caterpillar crossed the road safely.

Why did the woolly bear cross the road? To find a sheltered site in which to spend the winter. They are good at it. The ones I see seem to be always crossing the road, not crawling down the road.

The darker the woolly worm, the worse the winter is supposed to be. They don’t care what color they are and the bands are more likely a gauge of the caterpillar’s age or of past weather. I can declare without any doubt, we will have winter.

I saw the first junco in my yard on Oct. 7. Folklore says that indicates the first trackable snow would be six weeks

later — around Nov. 17 or 18. The juncos have been right and wrong before.

I was in a hurry, putting one foot in front of the other in rapid succession. I nearly stepped on an anthill. I looked down and I could see all the tiny workers. They were looking up at me as if pleading with me not to crush their work, their home. I didn’t step on them. I apologized for the fright and walked around them. The next day, when I went outside, there was a sugar cube with a dead fly on top of it on my welcome mat. It pays to be nice.

This app instantly turns your mobile device into a field guide. There are 821 in-depth species profiles of North American birds, more than 3,200 photos, quick bird IDs with filters by shape, region and color, thousands of bird calls and both seasonal and migratory range maps. Download the free Audubon Bird Guide iPhone app from the App Store or the Android app from the Google Play store.

Steve Briggs of Winona asked what woolly bear caterpillars grow up to be. They feed on clover, dandelions, grasses, maples, etc. and grow up to become Isabella tiger moths. This moth is a dull yellow-orange in color and has a wingspan around 2 inches.

“Why did I see a large truck hauling bees?” Honey bees were brought to this continent in the 1600s and are great friends of the farmer. I’ve been told that one colony can visit 50,000 blossoms in a single day. They get a lot of frequent flower miles. These colonies can be moved to wherever they are most needed. The bees pollinating almonds in California in February could be pollinating cherries in Washington in April. More than a million honey bee colonies are moved around the U.S., going from crop to crop. Honey bees don’t have commercial driver licenses, so they ride on large trucks owned and driven by humans.

Soup and pie go together like Green Bay and the Packers

Cross of Glory Lutheran Church in handsome Hartland will be having its annual Soup & Pie Supper from 4:30 to 7 p.m Nov. 4. Ask for the four and 20 blackbirds baked in a pie. Feel free to lick both bowl and plate.

“Not the cry, but the flight of a wild duck, leads the flock to fly and follow.” — Chinese Proverb