David Talamantez, 81, of Wells died Thursday, Oct. 8, 2015, at his home in Wells. Funeral services will be at 10:30 a.m. Tuesday at Good Shepherd Lutheran Church. The Rev.  Mary Iverson will officiate. Visitation will be from 4 to 8 p.m. Monday at Bruss-Heitner Funeral Home in Wells and will continue one hour prior to the service at the church on Tuesday. Interment will be at Rosehill Cemetery in Wells. Military honors will be accorded by the Wells color guard. Bruss-Heitner Funeral Home in Wells is handling the arrangements. To leave an online condolence, please visit www.brussheitner.com. 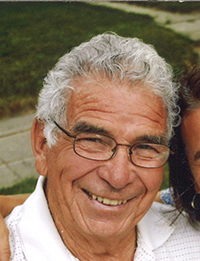 Dave was born Dec. 15, 1933, in Brackettville, Texas, the son of Frank and Della (Pena) Talamantez. Dave was a graduate of Wells-Easton High School and was a member of Golden Gloves Boxing Club. He also started the Golden Gloves Boxing Club in Wells in the 1970s. Dave honorably served in the United States Army, where he boxed and worked on small vehicles and tanks.He was united in marriage to the love of his life, Karen Lee Thompson, on July 2, 1960, in Easton. The couple lived their entire married life in Wells. Dave was a crane operator for Wells Prestress for 18 years, then he got his boilers license and worked for Stampers and Farmsted.   Dave was a construction manager at Home Of Your Own until he retired. After retirement he worked part time at Nordaas American Homes.  After Karen’s death he worked for Bruss-Heitner Funeral Home, working funerals and visitations.

For 28 years Dave was a volunteer for the Wells Fire Department. Dave was a member of Good Shepherd Lutheran Church and was an active member of the Wells American Legion Post and the VFW, and served on the Wells color guard. Dave was an avid fisherman. He also worked out daily and was often seen riding his bike around town.   Dave loved spending time with his friends and family.

Dave is survived by his four children to whom he was always a loving and devoted father, Anthony “Tony” Talamantez (Cindy Krone) and Juliene (Talamantez) Lindblom, all of Mankato, Susan (husband, Daniel) Salava of Woodbury and Nancy Talamantez of New Richland; eight grandchildren, David Talamantez (Holly Hed), Christopher Talamantez (Elizabeth Guhlke), Kyle (Jamie) Lindblom and Cameron Lindblom, all of Mankato, Adele and Joseph Salava of Woodbury, and Chase and Colton Krone of Mankato; five great-grandchildren, Brayden Talamantez, Brady and Brenna Hed, Elena Lindblom and Josephine Karen Lindblom; brothers and sisters, Frank Talamantez Jr. of Colorado, and Patrick, Chester, Kathy, Steve and Linda Talamantez of California; goddaughter, Jody (Jimenez) Bangert, of Mankato; along with many nieces, nephews, cousins and an abundance of wonderful friends. He was preceded in death by his parents; beloved wife, Karen, in 2007; brothers Joey, Reuben and Abraham Talamantez; and sister, Glenda Saldana.