Pete was born June 14, 1928, in Albert Lea, to Nels and Mabel Christensen Petersen. He grew up in Albert Lea and graduated from Albert Lea High School in 1947. Pete married Mary Ann Colligan on Nov. 12, 1949. They had two sons, Scott and Tony. Pete was a route salesman for Holsum Bakery out of Mason City, Iowa, for over 30 years. Pete and his family moved to Austin in 1956. He started working for George A. Hormel Food Corp. in September 1969 as a laborer/meat cutter for 10 years. Pete also worked for Rofshus Precision Machine in Albert Lea. 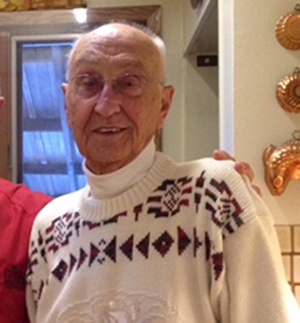 Pete enjoyed woodworking, bowling, gardening, fishing and traveling. He and Mary Ann traveled over 250,000 miles across the lower 48 states and some of Canada on three different Gold Wing motorcycles over the years. Pete supported his Minnesota professional sporting teams, and he drove the team bus for area athletic events.

Pete is preceded in death by his parents; a brother, James Neal; and a sister, Dorothy Gillespie.

There will be a visitation/gathering of friends and family from 2 to 4 p.m. Saturday at Mayer Funeral Home. Per Alton’s request, no formal services will take place.