Memorial services for Betty Lou Bera will be at 11 a.m. Saturday at East Freeborn Lutheran Church. The Rev. Matthew Griggs will officiate. Visitation will be one hour prior to the service at church. 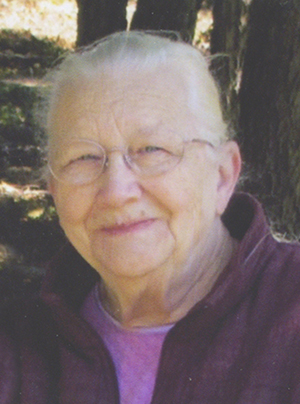 Betty was born on Sept. 27, 1933, to Carl and Frieda (née Wipplinger) Meissenhalter in Kiester. She was raised in Albert Lea, attending Zion Lutheran Church and graduating from Albert Lea High School in 1952.

On Jan. 2, 1956, Betty married Jon M. Bera at Zion Lutheran Church in Albert Lea. Nine children were born to this union. Betty spent most of her time as a stay-at-home mother. She was a great cook, baker and seamstress. Jon and Betty owned and operated the Hayward Café from 1974 to 1985. Betty was also a cook at the truck stop for a few years. Betty and Jon enjoyed their annual involvement in the Big Island Rendezvous as well as doing the rendezvous circuit throughout the Midwest. They were known and loved by many as Ma and Pa Bonanza.

Betty and Jon were very happy and felt at home when they joined East Freeborn Lutheran Church.

Betty was preceded in death by her parents; brother, John Meissenhalter; and great-granddaughter, Caroline Bouska.