During hibernation, squirrels lose up to 1/3 of their body weight 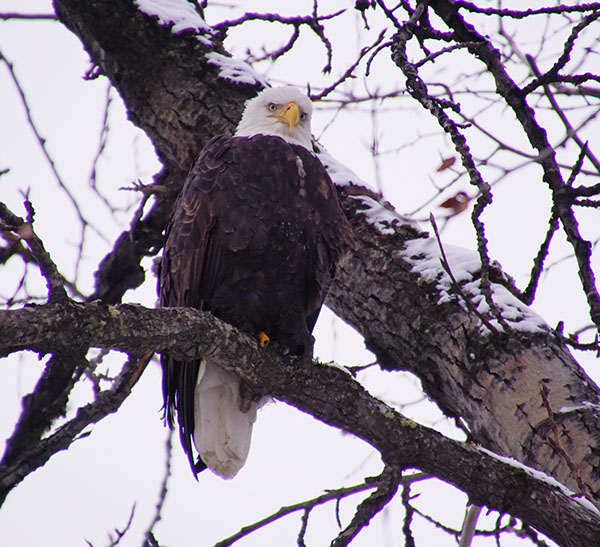 “Well, I’m doing pretty well for having a grandfather who only traveled at night. He sunburned easily.”

“Well, no one would call you normal,” I say. “You floss only the teeth you want to keep.”

“You know, it’s at times like these that I wish I’d listened to what my grandfather had told me when I was young.”

“I don’t know, I didn’t listen. It was very crowded at the grocery store. The rumor of snow fills it. The checker and I played rock, paper and scissors, and I ended up with a paper bag. As I attempted to carry the bag of groceries from the store, the bottom gave way. The contents crashed to the floor. ‘They just don’t make these bags like they used to,’ the clerk said. ‘That’s supposed to happen in your garage.’ I’ve learned something about driving while it’s snowing. If I have my high beams on, I can see that it’s really snowing. If I dim the lights, it doesn’t look like it’s snowing so hard. And if I turn my headlights off, I don’t see a single snowflake falling.”

This from Dave Vetter of St. Peter, “While driving with my wife this past week on the ‘Rabbit Road’ between St. Peter and Kasota, we spotted two mature eagles flying above us and they looked like they were doing aerial acrobats chasing each other! Is that at territorial combat?  Also, while in our deer blind during the past two beautiful weekends we were entertained by a variety of birds/animals, which made the early morning rise and shine worthwhile. We saw something we have never seen before, which was a blue jay that flew down from his perch in a nearby tree to grab a mouse and bring it back up into the tree for a snack! We always thought they were the back yard bullies of the bird feeder, but did not know they were carnivorous as well!” In the fall, adult bald eagles might carry sticks while practicing their nest-building skills. One might have been attempting to pirate food from another. That’s a common occurrence. Sometimes, I think that the eagles are just playing. A blue jay is omnivorous. Most of its diet is vegetable matter (up to 75 percent), including acorns, berries, grain, seeds and small fruits. It eats insects — especially beetles, caterpillars and grasshoppers. It also eats spiders, snails, birds’ eggs, baby birds, small rodents, frogs, carrion and other items.

Larry and Sharon Swenson of Easton wrote, “Larry has been watching a pair of mature bald eagles by our pond west of Minnesota Lake and by the Maple River. They are breaking off large sticks, seemingly to build a nest. There are no existing nests there. Could they be starting a nest to use next spring?” They might be practicing building a nest. Maybe a nest is being considered. If there had been nests in the area, the eagles could have been adding sticks. They sometimes do that even during fall and winter.

Denny Tostenson of Albert Lea asked about the disappearance of the cardinals from his yard. It turns out that Denny’s yard was being hunted by Cooper’s hawks, which might have led to the lack of cardinals. The size of a cardinal’s breeding territory varies with habitat quality and population density, varying in size from two to 10 acres. An American football field, 360 feet by 160 feet, is about 1.3 acres. In fall and winter, the cardinals form into fairly large flocks.

“What is a midden?” Red squirrels cut cones from conifer trees and cache them in storage areas called middens. The middens are formed over years of continuous storage and feeding activity.

“Is the black squirrel a separate species?” No, it’s the melanistic form, most commonly of a gray squirrel, but does occur in fox squirrels, too.

“Do 13-lined ground squirrels hibernate?” They do have 13 stripes — seven dark stripes separated by six lighter ones. Some of the colloquial names for this species include “13-liners,” “stripers,” “striped ground squirrels,” “squinnies,” and “striped gophers. It’s the mascot for the University of Minnesota’s “Golden Gophers.” Goldy the Gopher looks like a chipmunk. They are true hibernators, allowing their body temperature to drop to just above freezing and their heart rate to drop from 200 to as low as 20 beats per minute. During hibernation, they lose up to one-third of their body weight. Stored food is consumed during hibernation breaks, especially just before emergence.

Please stop by and say hello at my presentation on birds at 10:30 a.m. Saturday at Albert Lea Seed House.

“Dreaming permits each and every one of us to be quietly and safely insane every night of our lives.” — William C. Dement

“It’s not about having things figured out, or about communicating with other people, trying to make them understand what you understand. It’s about a chicken dinner at a drive-in. A soft pillow. Things that don’t need explaining.” — Ann Beattie