Do golden eagles nest in Minn.? How did Bird Island get its name? 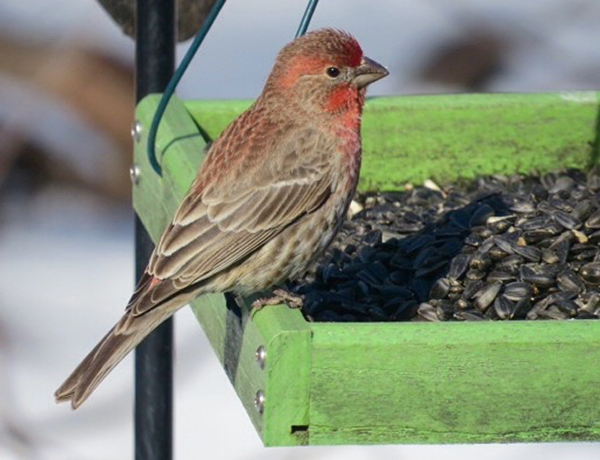 “Everything is nearly copacetic, but I could use a day between Saturday and Sunday. I bought a pickup with a seat warmer. I don’t know if that’s a good thing. Now I sit on my hands while I’m driving on cold days. My sister Cruella says I should wear rings with sharp points on them. She worked for a jeweler for years. When her future husband gave her an engagement ring, she giftwrapped it for him. Thanks for coming to Pop’s birthday party. There were more candles than cake. Pop gets carsick while stirring his coffee, so Ma sent me to the store to pick up a loaf of bread. Then she had a cow because it took me over three hours to get back home. She’ll be really upset when she finds out that I forgot to get the bread. I’ve been sitting down a lot. After eating so much at Thanksgiving, the only way I can see my feet is when I’m sitting down. It’s good to put on some winter weight. Insulation is a fine thing and the fatter I am, the harder I am to kidnap. My motto is ‘Stay safe, eat ice cream.’”

I put on shoes just good enough for the cold and made tracks in the white stuff in my yard. I had no plans to leave home that day, following the advice of Henry James when he wrote this to Edith Wharton, “Be tethered in native pastures, even if it reduces you to a backyard.”

I watched a chickadee and everything it did. An interesting bird with a busy schedule. Mary Oliver wrote, “Nothing is too small not to be wondered about.”

I had a great walk making tracks in the snow and wondering about a chickadee.

“How did Bird Island get its name?” Before city development, the area was covered with trees hosting many birds, surrounded by a low swampy area. The name Bird Island was a good fit.

“Do waxwings regurgitate fruit?” The cedar waxwing is a bird of such elegance that it defies description. Occasionally a line of perched waxwings passes a berry from bill to bill, until one swallows it. Cedar berries are a popular food source. Unlike most fruit-eating birds that regurgitate seeds, cedar waxwings digest the entire fruit and seeds are eventually dispersed in their feces. Occasionally they consume too much over-ripened fruit, which can lead to intoxication. They feed on fruits of crabapple, dogwood, hawthorn, honeysuckle, mountain ash, mulberry, raspberry, serviceberry and strawberry. Cedar waxwings are here today and gone tomorrow. A flock descended upon a hawthorn tree in our yard. The fruit went away, then the waxwings.

Darwyn Olson of Hartland asked about the disappearance of the cardinals in his yard. Nearly every greeting card company must use a cardinal’s picture against a backdrop of snow and/or evergreens during the Christmas season. A predator, such as a Cooper’s hawk, could cause them to leave. Another possibility is that they found better food sources elsewhere. Birds search for better food sources or territories with less competition for food. They try new eateries just as we do. They exploit the food sources in one area and then relocate. Cardinals shift territories after breeding, moving in a phenomenon known as post-breeding dispersal. A flock of cardinals in the winter is a temporary aggregation made possible because their strong territorial instincts have lessened. A flock makes sense. They eat the same foods and seek the same shelter. A flock searching for food is more successful than a pair of birds and it provides more eyes to watch for predators. Research has found that flock size rises as temperature falls.

“Is the wild turkey native to Minnesota?” Wild turkeys are thought to have lived only in southern Minnesota. By 1880, they had vanished from the state due to unregulated hunting and habitat loss. Attempts to re-establish wild turkeys in Minnesota date back to the 1920s, but weren’t successful until 1971, when turkeys trapped in Missouri were released into Houston County. Thanks to subsequent releases, the species has expanded well beyond its pre-settlement range. Turkeys can survive cold winters as long as they can find food.

“Do golden eagles nest in Minnesota?” Golden eagles are native to North America and are found from Canada to northern Mexico. There are no records of golden eagles nesting in Minnesota or in the Upper Midwest. The chances of seeing golden eagles here are best in the winter when the golden eagle’s migration brings it to the blufflands of Minnesota, Wisconsin and Iowa. The National Eagle Center’s Golden Eagle Project found that they are regular winter residents there. Unlike bald eagles, golden eagles don’t come for the open water and the fish. They are there for the forested areas and bluffs where they hunt rabbits, squirrels and wild turkeys.

“To change and to change for the better are two different things.” — German proverb