Memorial services for Gary B. Loshman, 85, of Albert Lea will be at 11 a.m. Friday at the Bayview/Freeborn Funeral Home chapel. The Rev. Diane Odermann will officiate. Interment will be in Lunder Lutheran Cemetery at a later date. Visitation will be one hour prior to the service at Bayview Funeral Home. Online condolences are welcome at www.bayviewfuneral.com. 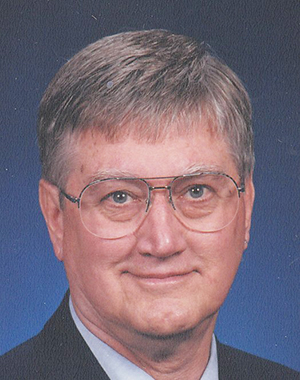 Gary Bryce Loshman was born on Nov. 19, 1930, in Waterloo, Iowa. He later moved to Cedar Falls, Iowa, where he graduated from high school. Gary served in the Navy Seabees Reserves for 16 years. He attended Iowa State Teacher’s College, where he met his future wife, Marilyn Johnson. They were married on Aug. 8, 1954, at First Lutheran Church in Albert Lea. Gary was a carpenter by trade — he had both went to school and taught the subject. After working for a large company he became interested in wood carving. He went on to teach wood carving at a tech school in Cedar Falls. Gary particularly enjoyed carving birds, waterfowl and Santa Clauses, which Marilyn would paint. He was a member of First Lutheran Church and the Elks Lodge. Gary was very involved with his children growing up. He enjoyed traveling with Marilyn. Going on a trip to Norway and seeing where her family came from was a highlight. They also hosted friends they made in Norway when they came to visit. He and Marilyn went on many cruises together, as well.

Gary was preceded in death by his parents; his sister-in-law, Carol Loshman; and his brother-in-law, Rodney (Naomi) Johnson.