James “Jim” Raymond Karl, 63, passed away peacefully on Friday, Dec. 11, 2015, surrounded by his family at Seasons Hospice House in Rochester, following a short and courageous battle with metastatic pancreatic cancer.

Jim was born on June 28, 1952, in Heron Lake to the late Raymond and Bonnie Karl. He graduated from Worthington High School in 1970 and Worthington Junior College in 1972.  He then attended Southwest State in Marshall until he left college to join his parents in Worthington to open General Trading Co. in 1973. His brother, Chuck, joined the family business one year later. Jim and Patricia (Pat) Dammer were united in marriage on Nov. 29, 1975. Pat and Chuck’s wife, Janet, joined the family business too. Together, with Jim’s mother, Bonnie, they continued the business which is known today as Karl’s Carquest Auto Parts; expanding to three stores with locations in Worthington, Albert Lea and Jackson. 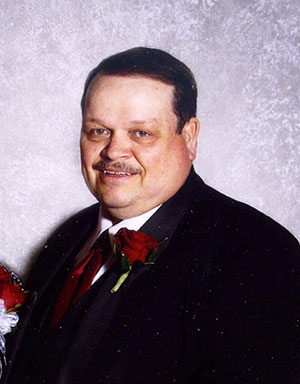 Jim had several hobbies, but his first passion was cars. Over his lifetime he rebuilt 198 cars consisting of all makes and models. His next project was to convert his 1929 Hudson Essex with a rumble seat into a street rod. Jim was also an avid golfer and enjoyed playing in men’s league at the Worthington Country Club, where he had been a member for the last 50 years and served a term as club president. He was active in King Turkey Day for many years and had the opportunity to represent Worthington in Cuero, Texas, as a race team member. In Jim’s earlier years he served on the First United Methodist Church finance committee, the city park board, the chamber board and was a member of the Southwest Minnesota Street Rodders Association.

Jim was known by many for his knowledge and expertise in the automotive industry and had a keen eye for matching paint on cars, trucks and farm machinery. As a company, Karl’s Carquest Auto Parts received many awards and much recognition for its sales in truck and auto parts.  He was very dedicated and passionate about the business and enjoyed serving his many customers and visiting with them. His one liners, infectious sense of humor and first-class customer service left a footprint with many.

He was preceded in death by his parents; and mother-in-law, Helen Dammer.

The family would like to extend a special thank you to all of Jim’s caregivers — especially the nurses at the infusion room in Fairmont, the staff at Seasons Hospice in Rochester and Dr. Singh.

Visitation will be from 4 to 8 p.m. Wednesday at Dingmann Funeral Home in Worthington and will continue one hour prior to the service at the church. The memorial service will be at 11 a.m. Thursday at First United Methodist Church in Worthington. The Rev. Daren Flinck will officiate.