Donating time, the greatest gift, though we have so little to give 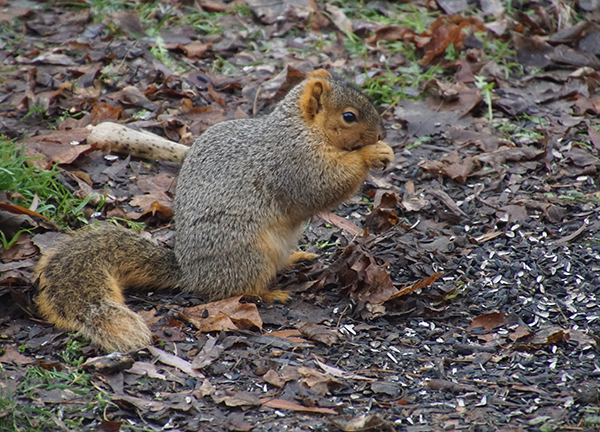 “Everything is nearly copacetic. They took honey from a tree and they called it me. I’m trying to catch a head cold so I can use my new handkerchief. I’ve been looking at photos of this Christmas to see what I’d missed by being there. The Christmas tree was particularly beautiful. I’d cut it myself. It had been a feral fir. It was difficult finding a tree with ornaments on it. I went to my sister Cruella’s house for Christmas.”

“That’s become a nice tradition for you,” I say.

“Not really. I just keep going in the hopes that one day, she’ll let me in. This Christmas seemed less stressful than those before it. Most years, I feel like Roy Rogers in an English saddle. I find myself dancing like a short-tailed cow at fly season. I think it was because of the Christmas cards.”

“What about the Christmas cards?” I ask.

“I got them done in record time. A tall stack of cards, each one of them stamped, sealed, addressed and mailed. I’d never done my Christmas cards so early.”

“What caused your sudden promptness and efficiency?” I say.

“They were from last Christmas. I’d forgotten to mail them last year.”

I was on the way to Albert Lea to donate my time to a worthy cause–ringing bells for the Salvation Army.

Time is the greatest of gifts. We have so little to give.

While I was considering duct-taping the bell to my forefinger so that the dinger wouldn’t hit the floor quite so often, a bald eagle flew over. Eagles take the winter much better than we do. I’m guessing that they fly more comfortably, too.

Crows were also on wing, after having dispersed to the countryside from their nighttime roost in the city.

Snow buntings flew up from the roadsides ahead of my car as if they were feathered snowflakes. These brown, black and white birds that nest in the high Arctic swirled through the air as if they were wind-driven snow.

The road was evidence that it had not been a good night to be a free-range feline. Schrodinger’s Cat experiment found, that without observation, you cannot say what something is doing. Three cats were dead on the road. They were done doing things. At this time of the year, if the sun is willing to become involved, even a dead cat casts a long shadow. I knew where my two cats were. They were in my house. An indoor cat lives twice as long as an outdoor cat. Some studies show the difference to be even greater than that. One thing for sure, an outdoor cat never uses a turn signal.

“Is a poinsettia poisonous?” Not until it gets its own reality TV show. The Minnesota Poison Control System says that poinsettias aren’t poisonous. They shouldn’t be considered edible and if eaten in quantity, may cause stomach upset and possible vomiting. This could happen when a puppy devours an entire plant. These experts add that if a child eats a single poinsettia leaf, no ill effects should be expected. A Mexican legend has it that the poinsettia originated in a miracle. Having nothing to offer Christ at his birth, a poor child gathered weeds into the form of a bouquet. The weeds turned into a brilliant red.

“How do you spend your vacation?” I use a credit card.

“What is your favorite insect?” There are around 90,000 insect species in North America and a backyard could easily have 1,000 species. I like ambush bugs, ants, beetles, bees, butterflies (the monarch is Minnesota’s state insect), damselflies, dragonflies, moths,  walking sticks and wasps. I even like boxelder bugs. I like spiders, too, but they aren’t insects. They are arachnids. I think my favorite insect would be one that isn’t native to this country, the honey bee. It’s my favorite for a selfish reason. I love honey.

“How do you celebrate the new year?” With a great sigh of appreciation and surprise that I made it another year and a “thank you” uttered in every way possible. Happy new year!

“An optimist stays up until midnight to see the new year in. A pessimist stays up to make sure the old year leaves.” — Bill Vaughn

“Unless someone like you cares a whole awful lot, nothing is going to get better. It’s not”  — Dr. Seuss, “The Lorax”