Inquiring minds want to know, do all birds have hollow bones? 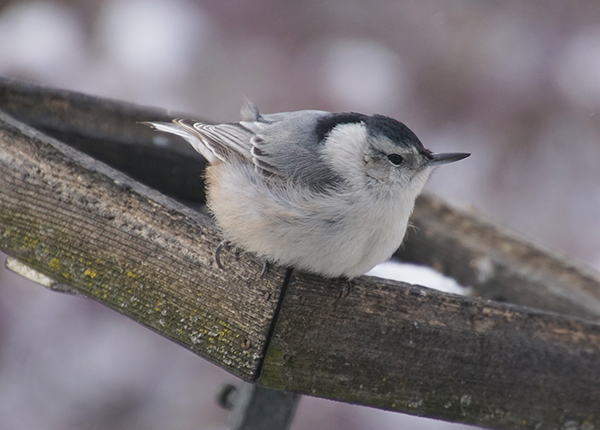 “How are you doing?” I ask of a man who was wearing one work boot and one sneaker.

“Everything is nearly copacetic. My left foot keeps falling asleep. So I wear a sneaker on my right foot so it doesn’t wake my left foot. Even though I’m on winter hours, it’s been a grueling week. I took a shower on Monday, shaved on Tuesday and got dressed on Wednesday. Still Bill threatened to punch Phil Eng in the mouth because the dentist wanted to put another crown in Still Bill’s mouth. A dentist should never look a miffed Norse in the mouth. Still Bill, who you’d need to drive a stake by to see if he’s moving, has given so much to the world. He taught us all that a toaster makes a poor cigar lighter. I put some salads in the refrigerator. The bacon ate them. I’m thinking of cutting back on the red meat. That means I’ll have to use mustard instead of ketchup. My sister Cruella told me that I eat too much. I had a snappy comeback, but I couldn’t say it.”

“Because you didn’t want to offend your sister?” I say.

“No, because my mouth was full of mashed potatoes.”

A brain on nature

Birds fly over with such certainty.

They appear to know where they are going.

That’s not always the case. I found a dead Lapland longspur on the road. I suspect that the lovely bird had collided with a car. Birds live fast and die young.

In my yard, I watched a junco do the double scratch of a chicken in the seed hulls resting on the snow. A downy woodpecker fed on a suet feeder. It had red on its head, so it was a male. The female lacks red. The smallest woodpecker in the U.S., the downy is found in every state but Hawaii. Another downy flew to the ground to eat fallen suet. It was chased away by a squirrel. You don’t have to be nuts to be afraid of squirrels. We tend to think of squirrels as vegetarians, but they are willing to eat insects, eggs and young birds.

I have birding friends who put great stock in the first bird they see each year. It could be their theme bird, spirit bird or magic bird. The first bird I saw this year was a cardinal foraging in the gathering light. It was my cool bird.

A black-capped chickadee whistled its fee-bee spring song that it begins singing every winter. It’s the state bird of Massachusetts and Maine.

I watched a high school basketball game in which one of the starters was named Nicole Bunting. Thanks to having a brain on nature, I thought of both basketball and birds. I’ve been fortunate enough to have seen an indigo bunting, blue bunting, painted bunting, lark bunting, snow bunting, corn bunting and common reed bunting. And now, a Nicole Bunting.

“Do all birds have hollow bones?” Most birds have hollow bones optimized for flight. Some don’t. Our state bird, the common loon, has nearly solid bones optimized for diving as deep as 200 feet below the water’s surface in search of fish, frogs, leeches and crayfish. Most hunting takes place at 20 feet down as the loons’ large feet propel them like torpedoes. They can stay underwater for up to three minutes. The extra weight requires a runway of over 100 feet to become airborne, but once aloft they can reach speeds in excess of 55 miles per hour.

“There were barn owls in our barn when I was a girl. Why don’t I see them now?” They have suffered from loss of habitat — they prefer grassland habitat. They are highly susceptible to rodenticides, great horned owls prey on them, cold winters are hard on them and their hunting habits lead to collisions with cars.

“Why don’t birds freeze while bathing in the winter?” It’d seem that winter bathing would put birds at risk, but they do it quite safely. The feathers of a healthy bird shed most of the water, preventing it from leaking through to the insulating down and skin. This is most obvious in waterfowl, but also applies to songbirds that shed and shake water from plumage. Water cleans feathers of anything that might interfere with feather barbules. A study found that birds spend 9 percent of their time preening. This helps make sure that feathers do their jobs. In nature, wintering songbirds typically bathe in shallow water of flowing streams.

“How much does a chickadee weigh?” A black-capped chickadee weighs .3 to .5 ounces. You could mail three smaller ones for a single Forever stamp. It’d take about 40 of them to make a pound.

“What is an animal?” It’s estimated that there are as many as 10 million species of animals. The exact number is unknown. Animals range in size from a few cells to organisms weighing tons, such as the giant squid. Most species of animals are insects. All animals are members of the Kingdom Animalia, are multicellular and are heterotrophs (relying directly or indirectly on other organisms for nourishment) ingesting and digesting food in an internal cavity rather than manufacturing their own food as plants do. At some point in their life cycle, animals move under their own power. Animals lack rigid cells walls, with bodies that are soft and pliable rather than woody or fibrous.

“You can drive out nature with a pitchfork, but she keeps on coming back.” — Horace

“To speak ill of others is a dishonest way of praising ourselves.” — Will Durant