Funeral services for Raymond N. Otterson, 86, of Clarks Grove will be at 10 a.m. Saturday at Community Lutheran Church in Geneva. The Rev. Kristen Venne will officiate. Interment will be at East Freeborn Cemetery. Military honors will be accorded by the Veterans of Foreign Wars and American Legion honor guard. Visitation will be from 4 to 7 p.m. Friday at Bayview/Freeborn Funeral Home and one hour prior to the service at the church. Online condolences are welcome at www.bayviewfuneral.com. 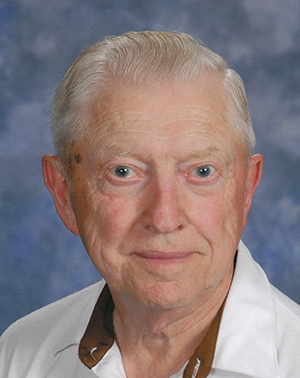 Raymond Norris Otterson was born June 13, 1929, to Omar Otterson and Sophia Jacobson on his grandfather, Nels C. Jacobson’s, farm north of Lerdal. He graduated from Albert Lea High School June 5, 1947. He had several jobs right out of school. He worked on the Rock Island railroad, was a store clerk at the Lerdal Store and helped to build the meat lockers there. Ray also worked on several farms as a hired hand. On March 6, 1948, Ray enlisted in the United States Army at Fort Sheridan, Illinois. He served 21 years in the Army, serving as an administrative noncommissioned officer. Ray was stationed in Bremerhaven, Germany; Aberdeen, Maryland; Indian Head, Maryland; Anchorage, Alaska; Leavenworth, Kansas; and the Pentagon in Washington D.C. He also served in Vietnam.

While Ray was stationed the first time at Aberdeen, he was introduced to Berneice Cox who became his wife when they were married June 25, 1950. Ray and Berneice had been married for over 58 years before Berneice’s death in 2008.

When Ray retired from the Army, he returned to Minnesota and built a home in Clarks Grove. He worked a short period of time at Streater until there was a shortage of work. He then went to work at Universal Milking Machines until 1971. In 1971 Ray and Berneice opened the Grove Café and ran it until 1973. In March of 1973 Ray started working at Enders Tool Co. in Albert Lea until August of 1993 when he retired.

Ray kept himself active each day helping anyone or his brothers with things that needed to be taken care of. Naturally, he enjoyed doing things around his house.

In lieu of flowers, memorials are preferred to be sent to family to be used for diabetes and the Geneva church.