Birds sometimes move to different winter territories for no reason 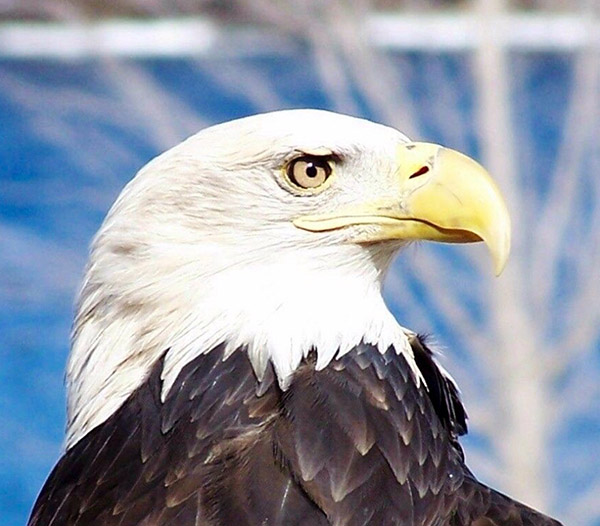 The bald eagle was adopted as the national bird in 1782. -Al Batt/Albert Lea Tribune

“My neighbor Crandall stops by.”

“Everything is nearly copacetic. I fixed Pop’s truck. His pickup is so underpowered, it can’t even cross the centerline. I got that done in time to watch the Super Bowl. The athletic skills on display there pale in comparison to mine, but it’s still interesting to observe.”

“How could your ancient athletic skills possibly be better in any way than those of the NFL players?” I say.

“I have proof. You’ve seen my trophy room.”

“Yes, two trophies for winning pie-eating contests at the county fair,” I respond.

“Envy doesn’t become you. I’m one of the few that watch it for the football and not for the commercials. I love the crashing of helmets and the wail of the ambulance sirens. I’ve heard that if you view only three of the commercials, your IQ drops 10 points and you start believing that the average man eats 29 raccoons in his sleep each year. Some say that football is a violent sport. That’s only the people who have ever watched a game. If aliens from space were watching us and all they ever saw was a football game, they’d be blowing up the world in self defense.”

I filled the bird feeders. I hadn’t left the scene of the filling before chickadees, nuthatches, finches and various woodpeckers flew in to slop at the trough.

I felt a joy in seeing the familiar birds. I found comfort in the commonplace. Some might consider the cold weather a lemon. The birds are a cherry on top of that lemon.

The days are becoming longer. Around the middle of February, it’s evident. The interior of a car parked in the sun becomes warm. That’s good news for greenhouse owners and drivers with cold buns.

“I don’t have any cardinals this winter. How come?” Did you leave a window open? Birds have wings and sometimes for reasons known only to the birds, they move to a different winter territory. Food and security are the two big determinants. They might enjoy company. They might not enjoy the company of a predator. Maybe your neighbor is having a sale on safflower.

“Can a woodchuck really chuck wood?” Woodchuck, the name that many use for the groundhog, is derived from an alteration of the Algonquian name for the animal, otchock or wejak. Woodchucks aren’t prone to tossing about bits of pine or oak. They are failures as furry lumberjacks. They can’t even predict how much wood they would chuck if they would chuck wood. How about their annual forecast of our weather? Groundhogs often hibernate until March or April. No matter what they predict on Groundhog Day, the woodchucks go back to sleep.

“How could I tell if I’m really a birder?” There is a simple test. If someone yells, “Duck!” and you look up, you are a birder.

“How many teeth does an opossum have?” The opossum has more teeth, 50, than any other North American mammal. The Virginia opossum is about the size of a house cat. It doesn’t wander far in its lifetime, up to as many as 300 acres.

“There is a hawk killing the birds at the feeders in my yard. What can I do to stop it?” Accipiters (sharp-shinned hawks and Cooper’s hawks consider your bird feeders to be bird feeders. Each songbird in your yard is a potential prey item. They capture birds for food. The hawks are protected species. Try taking down your feeders for a week or so and see if the scarcity of birds had made the hawk scarce by the time you activate the feeders.

“Does a snowflake need dirt to form?” Are you sure you’re not thinking about TV talk shows. They would be out of business without dirt. A snowflake forms inside a cloud, typically in the middle and upper atmosphere, when a droplet of water freezes around a tiny particle of dust, salt, dirt, bacteria, smog, pollen or other substances, but not celebrity gossip.

“I saw some bald eagles feeding in the area of a farm field where manure had been spread. I almost hate to ask, but what are they eating?” Please don’t hesitate to ask a question. There are no dumb questions, just dumb answers. Bald eagles are opportunistic feeders and during our nasty winters, beggars can’t be choosey. The eagles have likely found a field where a farmer had discarded dead animals or ground the carcasses up and spread them with the manure. Perhaps a deer had died in the field. Bald eagles enjoy venison. Wild turkeys are often seen feeding at manure spread on fields as the manure contains undigested corn. Turkeys chow down on cow exhaust.

“What raptors are most often seen at Hawk Ridge?” The broad-winged hawk is the most often counted raptor at this wonderful site in Duluth. The sharp-shinned hawk is the second most numerous and the bald eagle third.

“The most basic of all human needs is the need to understand and be understood. The best way to understand people is to listen to them.” — Ralph Nichols

“If men had wings and bore black feathers, few of them would be clever enough to be crows.” — Henry Ward Beecher