Do red-winged blackbirds return to the same place each year? 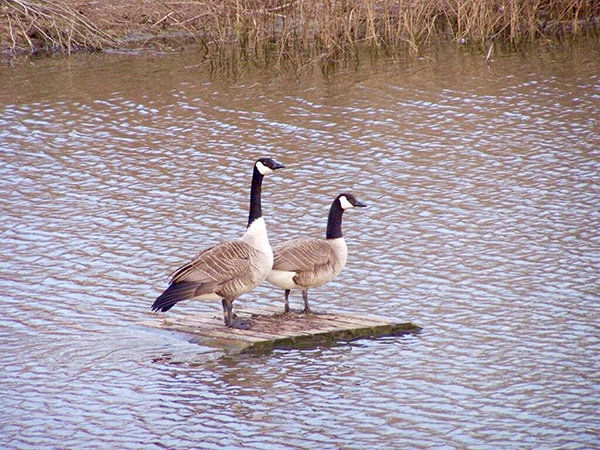 “Everything is nearly copacetic. I’m still putting corn syrup on my corns, but it’s not helping much. Even though I have been named the 473rd fifth Beatle, I’m trying to remain the same amazingly handsome and brilliant, yet humble man that I’ve always been. I’m still planning on getting my Christmas tree taken down by Arbor Day even though I had to take my hound dog Pyramids to the veterinarian. I named him Pyramids because he leaves these little pyramids all over my yard.”

“I hope it’s nothing serious,” I say.

“He wasn’t getting enough sleep. It turns out that when I snore, I produce a whistle that sounds like a dog whistle that only Pyramids could hear. Now the mutt is taking a nap with Pop every day. Pop is on the warpath. He’s as mad as he was when his swimming pool burned down. He claims that someone stole all his stuff and hauled it to the dump. Ma’s stuff wasn’t even touched. It’s happened before. Ma recycles Pop’s stuff. He’ll figure it out. Pop has reached the age where when history starts repeating itself, he’s the first to recognize it.”

I walked at 5:00 in the morning. The day was dark and warm as a killdeer called.

At daybreak, a crow flew over. It carried a long bit of nesting material. It resembled a tiny airplane pulling an advertising banner through the sky. A pair of Canada geese flew low overhead. There was no honking, just the sound of wings cutting through the air.

At home, the cat moved from window to window. That’s how she changes channels. She never sets a paw outdoors, so that is how she watches birds. The cat stared out the window at them. She was a part of a focus group.

Why the caged bird
stopped singing

A woman told me she had hung her parakeet’s cage in the bay window of her home. She thought the caged bird might enjoy seeing the birds outside. It did not.

She heard squawking and her budgie buddy fluttering around in the cage.

She investigated and discovered a tiny owl fluttering against the glass in an attempt to get at the parakeet.

She said that the owl was tiny, but she didn’t think she’d be able to pick it out of a police lineup.

I recalled an incident that occurred in Coeur d’Alene, Idaho, a couple of years ago. A couple’s canary had been killed, while their other canary had been scared silent, by an owl that had flown into their 10th story apartment through an open balcony door.

The couple had awakened in the morning to a trail of yellow feathers after the owl had entered the canaries’ cage.

They saw a small owl fly away that was only about 7 inches tall. They snapped a couple of photos of the suspect. It was a northern saw-whet owl.

The Bluebird Recovery Program Expo will be at the Byron Middle School at 601 4th St. NW on April 16. Registration begins at 8 a.m. with the program running from 9 a.m. to 4:30 p.m. The International Owl Institute will present live owls and Minnesota Audubon will do a program on red-headed woodpeckers. Other presentations include Jake Langeslag on using goats to rid property of invasive species, Keith Radel on how to raise more bluebirds, Ray Simon on bat houses and this happy hick from Hartland will bloviate on a branch of knowledge bearing a bag of birds. There will be vendors, exhibits and helpful advice. The BBRP’s mission statement reads, “To encourage, inspire, educate and assist individuals and organizations to become actively involved in the restoration and preservation efforts to sustain a healthy and expanding population of bluebirds and native cavity nesters.” To register, go to bbrp.org/wp-content/uploads/sites/14/2011/12/2016Expo-registration-form.pdf.

The next meeting will be at 6:30 p.m. Tuesday at the Southwest Little Theater. All are welcome.

“Forgiveness isn’t about absolving the other person of their moral responsibility, it is about letting go of the chokehold you have on your own throat.” — Georgia Feiste

“We are social animals. We like to feel a part of something of beauty and power that transcends our insignificance. It can be a religion, a political party, a ball club. Why not also nature?” — Bernd Heinrich in, “One Man’s Owl”