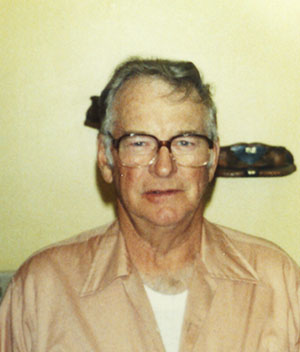 Edward Everett Karsjens was born Jan. 24, 1922, to Reint and Mary (Eckhoff) Karsjens in Bradford, Iowa. The family moved to the Hollandale area in 1926 and Edward attended Bell School District No. 27 through the eighth grade. He was raised as a member of Conservative Congregational Church in Hollandale. Edward served in the United States Navy during World War II. He was united in marriage to Elsie Wind Nov. 1, 1952, in Pine City. Edward worked at the space center in St. Paul for 30 years. He enjoyed fishing and spending time with his children and grandchildren. He passed away on Tuesday, Feb. 9, 2016, at St. Cloud Hospital.

He was preceded in death by his parents; wife, Elsie, in 2013; son, Ronald; brothers Orval and Walter; and sisters Leonora Miller and Matilda Waalkens.