Funeral services for Rachael Leigh Rodriguez, 26, of Richfield will be at 2 p.m. Friday at East Freeborn Lutheran Church. The Rev. Matt Griggs will officiate. Interment will be at East Freeborn Cemetery. Visitation will be from 4 to 8 p.m. Thursday at Bayview/Freeborn Funeral Home and one hour prior to the service at the church. Online condolences are welcome at www.bayviewfuneral.com. 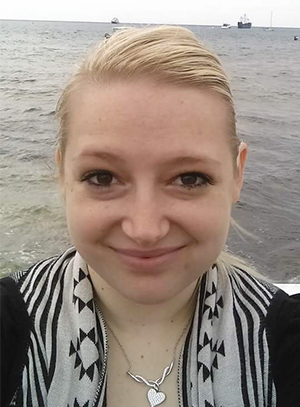 Rachael Leigh Rodriguez was born Oct. 13, 1989, in Janesville, Wisconsin, the daughter of Patty Karschnik and Joe Slatter. Rachael graduated from Central High School in St. Paul and was pursuing a degree at Normandale Community College in Bloomington. Adventure seeking and living life was what made Rachael. Mexico and the ocean was where she loved life the most. It ultimately became her final resting place. Friends and family are what made Rachael smile. She enjoyed laughing, salsa dancing, singing, playing games and spending time together.

Rachael was preceded in death by her grandmother, Lana Otterson; and grandfather, John Slatter.