Shirley Louise Lea was born Feb. 12, 1923, in Newry Township, the daughter of Alvin H. and Pauline (Peterson) Lea. She attended country school District No. 111 and graduated from Blooming Prairie High School in 1940. A lifelong resident of Blooming Prairie, Shirley worked at various businesses in the area over the years. On April 30, 1954, she was united in marriage to Charles Knutson at Red Oak Grove Lutheran Church. 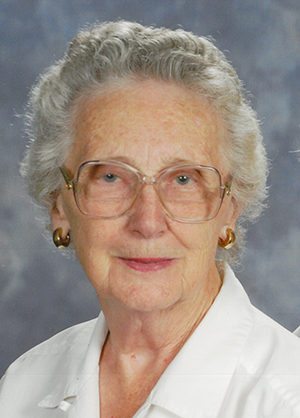 The couple raised three children. Shirley was a longtime member of First Lutheran Church in Blooming Prairie and was active in Sons of Norway. She was an avid bowler and enjoyed caring for and spending time with her family.