Memorial services for Lou Schumacher will be at 1 p.m. Friday at St. Theodore Catholic Church in Albert Lea. The Rev. Russ Scepaniak will officiate. Visitation will be one hour prior to the service. Interment will be in Sunset Memorial Park in Minneapolis at a later date.

Lou Schumacher of Clarks Grove, formerly of the Twin Cities, died Tuesday, April 12, 2016, at Mayo Hospital Methodist Campus in Rochester. He was 78. 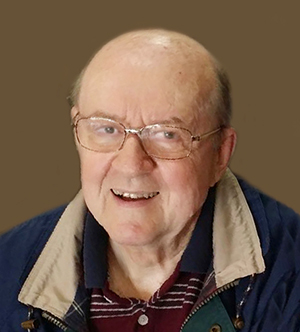 Louis Andrew was born Feb. 27, 1938, to Louis F. and Evelyn M. (Regele) Schumacher in Stanley, Wisconsin. He graduated from Stanley High School and went on to attend a vocational school for two years. In 1958, Louis tried out for the Milwaukee Braves baseball team. Lou married Marlene D. Burkhardt on Oct. 17, 1959, in Thorp, Wisconsin. For 41 years, Lou worked as a draftsman, estimator, salesman and supervisor at Paper, Calmenson and Co.

He was a member of Worldwide Marriage Encounter. He published its newsletter and was very involved in his religion and community. In 1963 he joined the choir at St. Charles Borromeo in the Cities, where he lived and later became the choir director. He also was the St. Theodore choir director since 2011. He enjoyed fishing, playing upwords, watching baseball, polka dancing, drumming and telling jokes.

He was preceded in death by his parents; infant son, Jonathan Schumacher; and sisters Virginia, Janice and Keryl Jean.