Man gets 25 years of probation in meth sale

An Albert Lea man was placed on probation for up to 25 years Friday in Freeborn County District Court for providing methamphetamine in an undercover drug sting in 2014. 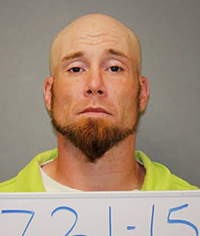 He was given a stayed sentence of more than four years in prison and was given credit for 106 days served. Register must complete 80 hours of service work.

The crystalline substance was found to not contain meth, but under Minnesota law it is illegal to sell a substance as meth — even if it isn’t actually the drug.

Register was originally charged with first-degree sale of meth, but that charge was dismissed with a plea deal.