Minnesota is 3rd behind Alaska, Florida for nesting bald eagles 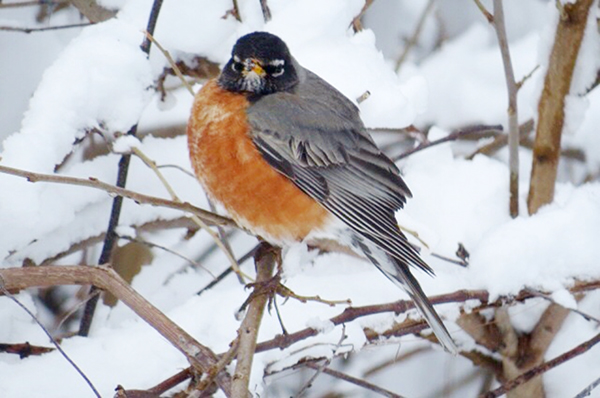 “Everything is nearly copacetic. Some things are better left unsaid, but I don’t know what they are until right after I’ve said them. I’m getting by, by just getting by. Easy come, easier go. That’s my motto. I thought I’d wake up early this morning and run five miles. I also thought I’d wake up early this morning and learn that I’d won the lottery. The odds of those two things happening are the same. I went grocery shopping on an empty stomach instead. I bought aisles six and seven. I went to hear one of the presidential candidates speak. The people next to me were talking so loud, I couldn’t hear a word he said. I should have thanked them. Did you hear that a thief broke into Still Bill’s house, looking for money? I’m not saying Still Bill is lazy, but you name it and he didn’t do it. He woke up and helped the crook search, but they couldn’t find any money. Well, I’d better get. I can still remember when I could remember what I had for breakfast. My mind is filled with things I can’t remember, but I’ve got a lot of procrastinating to catch up on.”

The morning chorus played many of my favorites.

The birds had formed a choral group in which each member attempted to be the featured soloist.

I’m a lifelong listener to birds. I grew up on a farm that mooed, clucked, oinked and barked itself awake each morning. I found the sound of geese barking overhead uplifting.

A phoebe appeared after a long flight from its winter home. A great comeback. I hoped there were enough flying insects to meet its appetite.

Success can be a matter of getting through things. The voices of the birds were my background music as I picked up sticks from the yard. That task is like life. We pick up the pieces wherever they fall and move on.

The day ended much too soon in a beautiful sunset saying “Nice going. You made it. Here’s your reward.”

Tom Benson of Hartland asked when the juncos leave. The darling little snowbirds, gray above and white below just like winter, leave us some time from March to May. Late departures might be because they’ve traveled farther. Flights are delayed or canceled due to bad weather. Some of the juncos nest in northeastern Minnesota.

“Does Minnesota have the most nesting bald eagles?” No, it’s third behind Alaska and Florida.

“Do garter snakes give birth to live young?” Garter snakes are ovoviviparous, meaning that they bear live young. The young are incubated in the lower abdomen, with gestation usually being two to three months. Most females in the northern parts of their range give birth to from 4 to 80 young between late July and October. Most litters range from 10 to 40 young and litter size depends upon the size of the female, with larger females giving birth to larger litters. Baby garter snakes are independent at birth and find food on their own. Rattlesnakes also retain their eggs internally during gestation and give birth to live young.

“Have you ever been to the Petroglyphs?” Often. I enjoy visiting there and it’s one of my wife’s favorite places to stop. The Jeffers Petroglyphs is a wonderful historic site, older than Stonehenge that features about 5000 rock carvings made by the ancestors of today’s Native Americans more than 7000 years ago. Amid the prairie grasses are islands of uncovered rock, where those people left storytelling carvings — petroglyphs — of humans, deer, elk, buffalo, turtles, thunderbirds, atlatls and arrows. The Jeffers Petroglyphs are at 27160 County Road 2 in Comfrey.

“I heard you speak recently and you said something about barberry that surprised me. Could you repeat it in print?” Of course. Japanese barberry is a popular landscape shrub that thrives in varied habitats. It has a bright foliage color, attractive flowers and fruit, and is deer resistant. More than 80 cultivars have been developed since it was first planted in the U.S. in the 1870s. Japanese barberry is an invasive plant and in January 2015, it was listed as a noxious weed in Minnesota. Its prolific spreading shades out native plants. The 26 seediest cultivars, identified by research done at the University of Connecticut, are being phased out of nursery production over a three-year period. On January 1, 2018, these cultivars will become restricted noxious weeds in Minnesota and their propagation and sale will be made illegal.

Bring an appetite or two

Chapter 10 Izaak Walton League Cookouts will be hosted again this year at the Ike’s Cabin in Todd Park in Austin. The cookouts are from 5:30 to 7 p.m. Wednesday and will feature Windsor chops. May 18, June 22 and Oct. 5 will offer steaks and a hog roast will take place on Sept. 7. Tickets are available at the door.

“When the bird and the book disagree, always believe the bird.” — John James Audubon

“It ain’t what you don’t know that gets you into trouble. It’s what you know for sure that just ain’t so.” — Mark Twain