Curtis Arden Nelson, 76, of Northwood passed away on Tuesday, May 17, 2016, at Lutheran Retirement Home in Northwood. 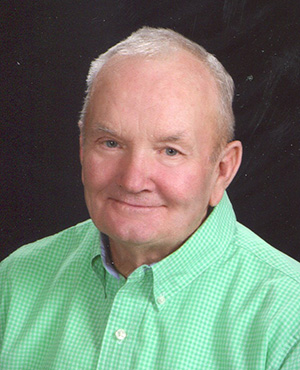 Curtis A. Nelson was born Sept. 13, 1939, in rural Northwood to Clifford and Amanda (Sime) Nelson. He was baptized and confirmed at First Lutheran Church in Northwood. He attended rural schools through eighth grade and graduated from Northwood High School in 1957.

He was united in marriage to Patricia L. Steffensen on May 16, 1969, at Salem Lutheran Church in Lake Mills.

Curtis farmed west of Northwood for over 50 years. He was a true farmer at heart and loved spending time outside. He also worked at Grundmeier Hatchery in Northwood and then at United Building Center in Mason City for 19 years. He enjoyed farming, fishing, boating, classic cars, John Deere tractors, dancing, pets and chocolate. However, his favorite times were spent with his family and grandchildren, including the vacations to Duluth and South Dakota.

He was preceded in death by his parents; brother, Glennes Nelson; son, Michael Nelson; and father- in-law, DeVere Steffensen.