A memorial service for Daniel Schulz will be at 6 p.m. Friday at Bonnerup Funeral Service in Albert Lea. The Rev. David Efflandt will officiate. Visitation will take place one hour prior to the service. Burial will take place at 10 a.m. Saturday at Bear Lake Cemetery. Military honors will be performed by Freeborn County veterans organizations. 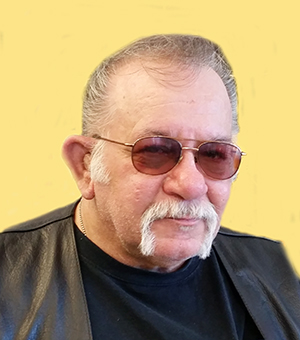 Daniel G. Schulz was born Jan. 15, 1947, to Nathaniel and Opal (Weedman) Schulz in Mobridge, South Dakota. Dan was baptized and confirmed at Bear Lake Lutheran Church. He was raised and attended school in Emmons. After his junior year of high school, he enlisted in the United States Navy. He served proudly for four years until his honorable discharge. He returned to Emmons for a brief while before moving to Colorado, where he spent several years. He would later return to the area. Dan was married for a short time, but the couple later divorced.

Dan worked construction and roofing around the area for a number of years. He later worked at Cargill and continued there until his retirement. Dan was a member of the American Legion. His claim to fame was being the No. 7 all-time leader for “Streak for the Cash” on ESPN. He was acknowledged by ESPN for his accomplishment.Aside from spending numerous hours researching for “Streak for the Cash,”Dan also enjoyed watching sports, being outdoors and watching horror movies and shows. His favorite show was “The Walking Dead.” Dan could be described as a jokester, even joking with his family until the very end. Dan loved spending time with his family and reconnecting with his relatives.

He is preceded in death by his parents; brother, Earl; great-niece, McKenzie; and great-great-nephews Jack and Oliver Williamson.