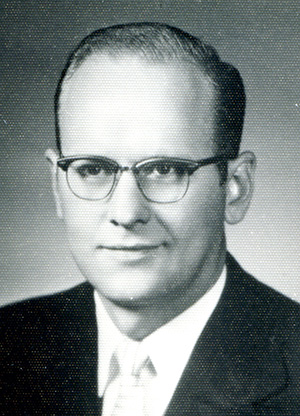 Emil was born in Dec. 21, 1923, in Kloten, North Dakota, the son of Andrew and Louise (Knutson) Lykken. He grew up on the family farm. Emil graduated from Mayville College and attended the University of Minnesota. He served in the United States Army from December 1942 through December 1945. He served in Europe from Normandy to Ardennes. Upon his discharge he continued his education and became a teacher in the Minneapolis public schools.

He met  Helen Schreiber, his wife, while in Minneapolis. After retirement they moved to Albert Lea. Helen preceded Emil in death in 2015.

Emil is survived by many nieces and nephews from both sides.