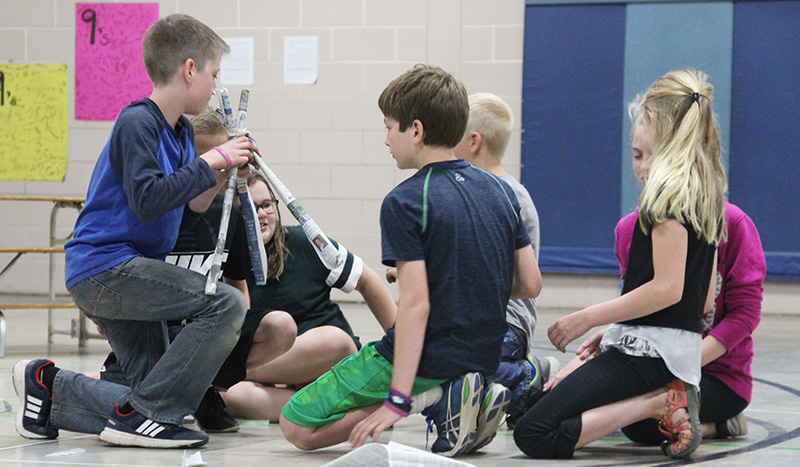 A confined space, a prop made of newspaper, a mysterious stranger and an unknown twist. Add a group of excited elementary students, and you have this year’s Destination Imagination improvisation challenge.

Team Ugly Bacon from Lakeview Elementary School has worked hard on the challenge since earlier this school year, and the efforts have paid off.

After school Monday, the team took a school van all the way to Knoxville, Tennessee, to the DI Global Competition, where the team will go against others from all over the world.

Ugly Bacon made its first appearance at the regional competition in New Ulm, where it won first place. From there, the team competed at the state competition in Champlain and took home second place, which qualified for the global competition. 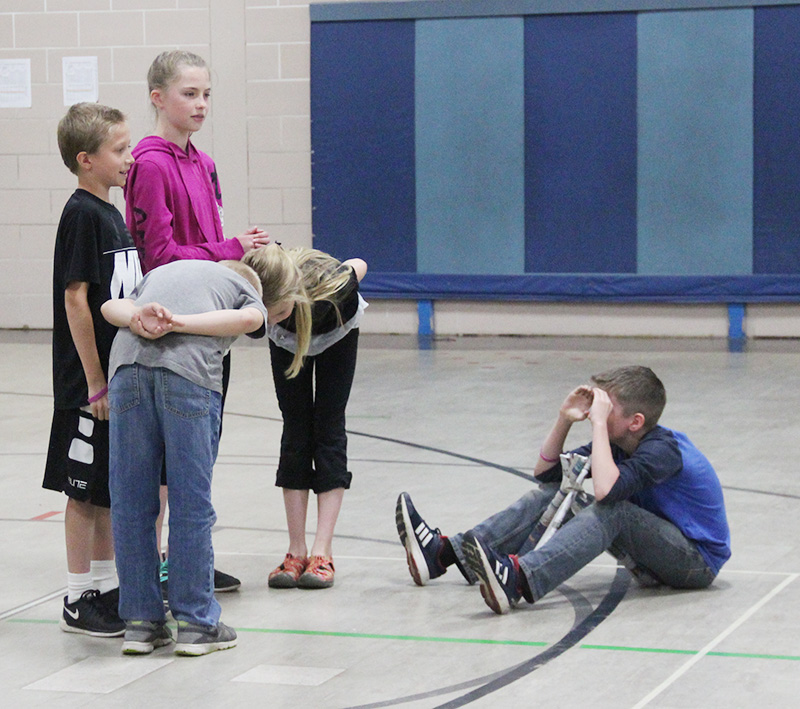 In the upcoming challenge, judges give teams some newspaper and an imaginary location from a list of six confined spaces.

From there, they receive a newsflash — or an unknown twist. In the presentation performed at an assembly Monday afternoon by the Lakeview Elementary team the newsflash was incorporating a brand new grocery store that only sells yellow food into their presentation.

After that, the team has three minutes to plan out its presentation and construct a prop out of newspaper. During the three minutes the team calls one of the members a mysterious stranger. When the time expires, the mysterious stranger learns his or her identity from the judge and must improvise during the four-minute time limit given for presentations.

Fifth-grader Ryan Utz noted that preparations for this competition have been stressful but still fun. Performing in front of a large crowd is what stresses Utz the most.

To prepare to compete in such a creative competition, fifth-grade teacher and Albert Lea Area Schools DI coach Anna Nordlocken gives the team practice scenarios to get the students ready for competitions.

To raise funds for the trip to Knoxville, the team sold bracelets, lemonade, as well as had events at Green Mill and Erberts and Gerberts. The team has also started a GoFundMe page that has received over $1,400 in donations.

The welcome ceremony at the competition will be available to stream online at 7:15 p.m. today at Globalfinals.org. Nordlocken will also post updates about the team’s progress via Twitter.