Seat belt use in Greater Minnesota is a problem

Question: I have heard a lot about Click It or Ticket recently. I thought seatbelt use was at an all-time high?

Answer: The 2015 Minnesota Seat Belt Survey shows 94 percent compliance for front-seat occupants. In 1987, there were 4,176 vehicle occupants who suffered severe injuries in traffic crashes — that number has dropped substantially to 745 in 2015.

In a three-year period (2013 to 2015), 44 percent of the 832 people killed in motor vehicle crashes were not wearing seat belts. In 2015 alone, 91 unbelted motorists lost their lives on Minnesota roads. 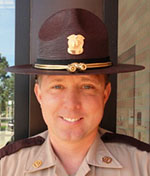 • In Minnesota, all children must be in a child restraint until they are 4 feet 9 inches tall, or at least age 8, whichever comes first.

• Rear-facing child seats: Newborns to at least 1 year and 20 pounds; recommended up to age 2. It is safest to keep a child rear-facing as long as possible.

• Forward-facing seats: Age 2 until around age 4. It’s preferable to keep children in a harnessed restraint until they reach the maximum weight limit.

• Booster seats: Use after outgrowing a forward-facing harnessed restraint; safest to remain in a booster until 4 feet 9 inches tall, or at least age 8, whichever comes first.

• Seat belts: Use when children can sit with their back against the vehicle seat and have their knees bent comfortably over the edge with their feet touching the floor. Belts should be worn snug across the hips or thighs and should never be tucked under the arm or behind the back.

More than 300 law enforcement agencies will participate in the May 23 through June 5 Click It or Ticket campaign.  Even if you think you are a good driver, seat belts protect you from unsafe drivers and road hazards. Speak up — if you’re driving, make sure all of your passengers are buckled up before you put the car into drive. You can avoid a ticket — and a crash — if you simply buckle up, drive at safe speeds, pay attention and of course, drive sober. Help us drive Minnesota Toward Zero Deaths.

A portion of state statutes were used with permission from the Office of the Revisor of Statutes. If you have any questions concerning traffic related laws or issues in Minnesota send your questions to Sgt. Troy Christianson, Minnesota State Patrol, at 2900 48th St. NW, Rochester, MN 55901-5848. Or reach him at, Troy.Christianson@state.mn.us.