Memories of growing up on Grove Avenue 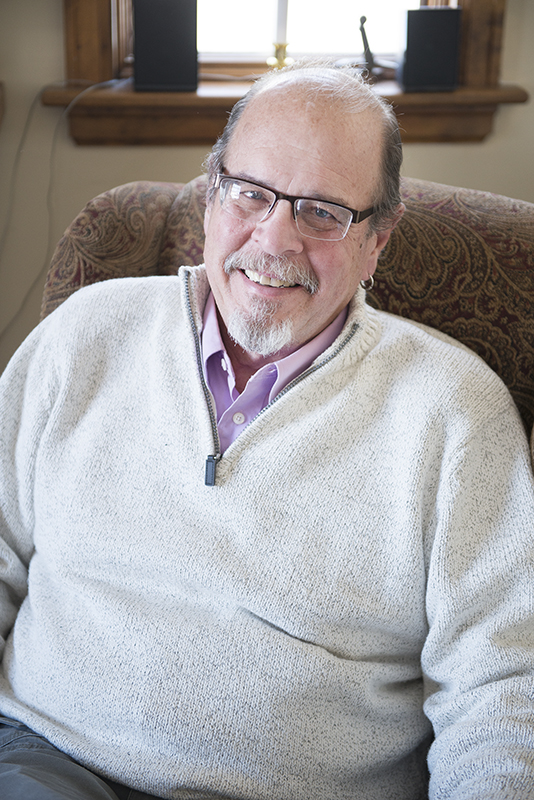 There’s a real challenge for local resident Kirk Foley — a descendant of a pioneer family who once lived on Albert Lea’s Grove Avenue — to now locate the street or sites of any of the homes that were once a part of his pioneer neighborhood.

That’s because seven homes, a very small city park and a church once located on Grove Avenue are now a part of the Mayo Clinic Health System in Albert Lea building complex and parking lot to the north of Fountain Street.

Grove Avenue once ran from an intersection on Fountain Street between West and St. Mary avenues in a diagonal northwesterly direction to an intersection with Park Avenue just south of the Grace Street corner. Within the triangle formed by this street, plus Fountain and Park, was the city’s first Episcopal church building, Armstrong Park and the original site of Naeve Hospital. The street may have been named because of a small cluster of tall oak trees that inspired the pioneer settlers to start a community on the south shore of Fountain Lake. 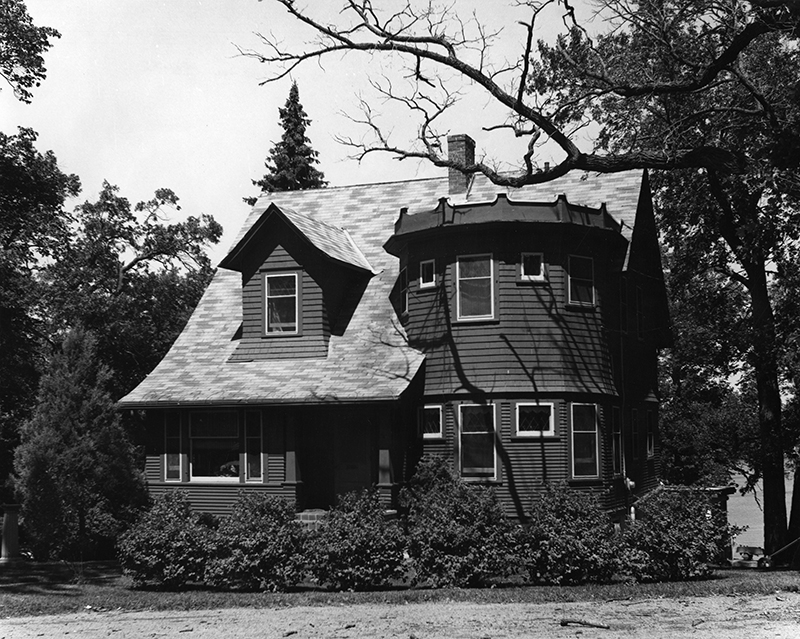 Kirk Foley also spent part of his younger years on Grove Avenue in the John Nolander place in what was once the Grove Avenue neighborhood. This home was where the hospital helicopter pad is now and was moved about three miles south of the city in the mid-1970s. – Photo courtesy Freeborn County Historical Museum

By the 1870s and 1880s, this short street became the address for several of the city’s most outstanding residences. These large homes faced the street, had horse stables — which were later garages — to the side or back, and long sloping backyards extending down to the lakeshore.

Based on a trend that is still somewhat a part of American life, several of these distinctive residences were labeled with the names of their occupants or original owners. One home was known as the Cargill place. Another residence with several turrets on the roof was known as the Dr. Watland home. Still another place was the Jorgensen house. Two of the homes were later known as the Nolander (John) and Speltz (Theodore) places.

For more than a century, incidentally, Grove was used as a logical shortcut between the Park Avenue  neighborhood and the city’s central business district.

Foley spent his youthful years in this neighborhood and lived in two of the homes with two last names. His father, Newman Foley, purchased the Cargill place about 1956. He lived there until his parents divorced and his mother married John Nolander. This resulted in a move to a nearby home with several names: Jorgenson, (Virginia) Watland and Nolander. As a result, he acquired the last name of Nolander. This is confirmed with his photo in the 1971 Albert Lea High School yearbook.  After age 18, Kirk became a Foley again.

“Back then there were lots of kids in the neighborhood,” Foley said. “It was an ideal place to grow up.” 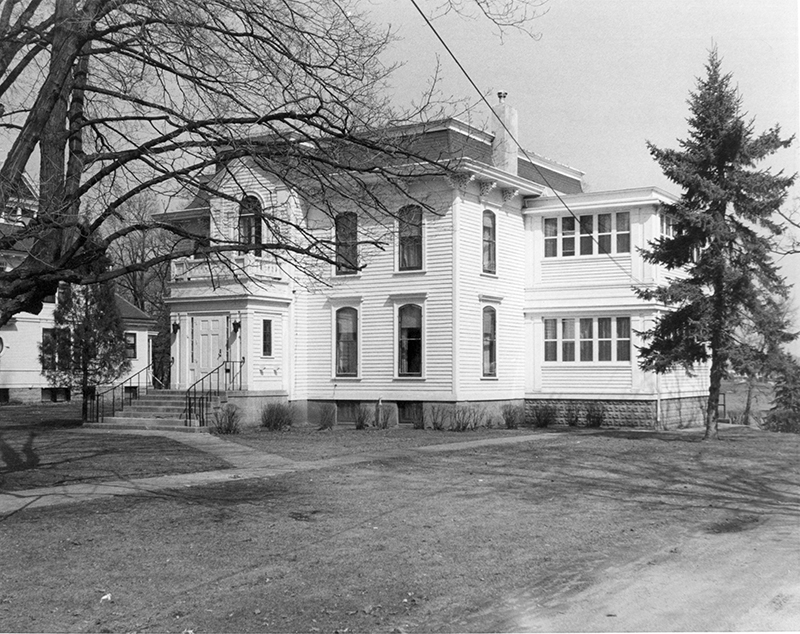 This home on Grove Avenue was once known as the Cargill place. It was built for the William Wallace Cargill family. The famous grain business owner lived in Albert Lea from 1871 to 1975. And it’s one of two places in this neighborhood where Kirk Foley grew up. – Photo courtesy Freeborn County Historical Museum

Among the activities he recalls were water skiing on the lake, ice skating on a nearby outdoor rink, playing hockey at Morin Park, lots of games and having several boats.

One specific memory he has of those years is being in the backyard and watching the Fourth of July fireworks fired off at the city beach across the lake.

He attended Lincoln Grade School, two blocks or so south of Grove, Southwest Junior High School and Albert Lea High School. After two years at Rochester Community College, he became a dairy herdsman near Lake City in the 1970s, followed by dairy herdsman at the David Lunde farm near Hayward in the early 1980s.

“Then I went out East to become involved with construction,” he said.

Foley eventually became a part of what he called the “marine business,” or working with boats on both the East Coast and out in Washington state.

“In 2011 I opened Prairie Wind Coffee on South Broadway,” he said.

He sold the business in 2014, and it’s now the Interchange Wine and Coffee Bistro.

During the years he was living elsewhere in the nation, several major changes took place in his old Grove Avenue neighborhood.

As part of its gradual expansion, the Naeve Hospital Association eventually purchased all of the homes on Grove Avenue.

The end of Grove Avenue as a city street and unofficial shortcut started on Nov. 23, 1973, with the groundbreaking ceremony for the new Naeve Hospital. The remaining homes, plus two facing  Fountain Street, were either razed or moved.

For about two decades, the diagonal street that once ran between the original hospital and the newer Naeve Hospital building overlooking Fountain Lake served as part of the parking lot. This last trace of  Grace Avenue ended in mid-1997 with the start of construction of the newer and much larger complex that’s now known as Mayo Clinic Health System.

For Foley and other local residents, Grove Avenue may have faded away. Yet, for them, a multitude of memories are still vivid legacies of the past.

1872 -Year the Cargill home was built

1997 – Year nearly all traces of Grove Avenue faded away