Al Batt: 20 different turkey vultures seen in A.L. — what are they up to? 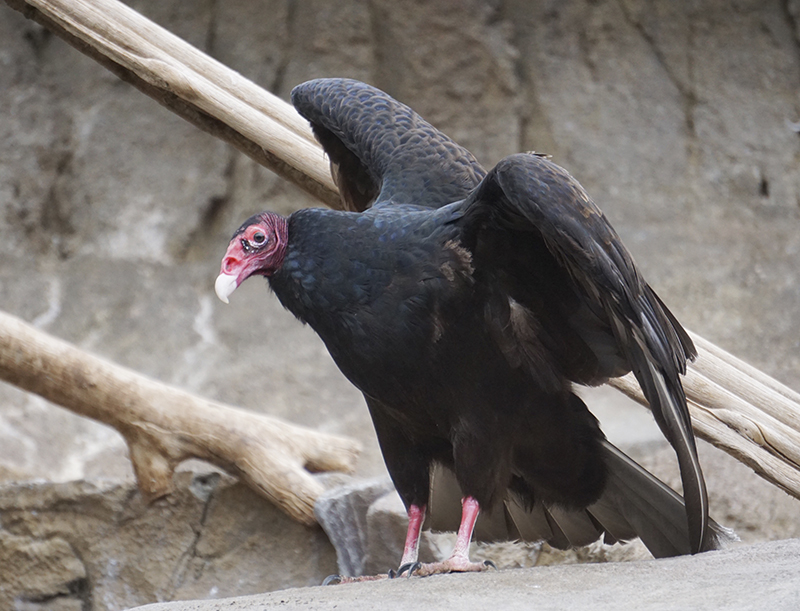 “Everything is nearly copacetic. The heat and the humidity tire me, but then everything does. I find a day with high humidity to be uglier than a slop pail full of armpits. It causes my brain to take the day off. That’s okay. I hate to drive my brain too fast in hot weather. I should be jumping for joy. I have something that finds oil. It’s the dipstick in the engine of my truck. I need to find a new “Honk if anything falls off” bumper sticker. My old one fell off. I’m exercising just enough to maintain a pleasing flabbiness. I see my father and I realize that will be me one day whether I exercise or not. Pop likes living in the past. I think it’s because he knows what is going to happen. For instance, what happened to his brother. He was one of those happy-go-lucky fellows. He always had a big smile and sunburned gums. Ma told me that he was a kleptomaniac. I didn’t want to believe that my uncle who worked on a road crew would steal things, but when we’d visit his house, the signs were all there.”

It was too hot and humid to do anything else, so I cut down the trees that were encroaching into the right of way of the road. I looked for weeds as the sweat poured off me. I can tell a lot by what weeds I see. Lamb’s quarter, amaranth (pigweed), chickweed and chicory like to grow in rich soil high in nitrogen. Dandelions thrive in poor soil that is low in calcium and high in potassium. Common mullein does well in acidic soil.

Purslane prefers rich soil with high phosphorus content. Quackgrass and plantain prosper in heavy clay or compacted soil. Oxalis or wood sorrel grows well in soil that is low in calcium and high in magnesium.

A deer drank water from the yard. The population of deer is the highest that it will be for the rest of this year.

I saw baby pheasants feeding on the edge of the road. They were chasing insects. It was as if they were dancing chick-to-chick.

Bumble bees nectared on flowers. Minnesota has around 20 bumble bee species. You’ve heard about the problems facing honey bees across North America. You know that this loss of pollinators could severely impact our food production. Honey bees aren’t the only pollinator in trouble. Native bumble bees have been facing even more alarming declines across the continent. This could have severe consequences for native ecosystems and for agriculture. Bumble bees are colorful, fuzzy and nonaggressive. The Xerces Society reports that bumble bees are the most important pollinators for blueberries, cranberries, clover, greenhouse tomatoes and other crops. In addition to pesticides, bumble bees face a long list of other threats — habitat loss, climate change and diseases.

Canada geese flew over. Their molt leaves them flightless from mid-June into much of July. When they regain the ability to fly, the goslings are ready to fly with them.

Sharon Nelson of Albert Lea saw 20 perched turkey vultures with wings spread and she wondered what they were up to. When they spread their wings like that, it’s called a horaltic pose. The vulture does this for a variety of reasons. If you observe vultures early in the morning, you’ll see them standing in this horaltic pose. This is because a vulture’s body temperature drops overnight and this pose helps them warm up. This pose is also used after bathing to dry their feathers. It may help to bake off bacteria that the vultures picked up while feeding on carrion.

“How long do squirrels live?” The eastern gray squirrel can live up to 12.5 years in the wild or 20 years in captivity. Squirrels have a wide variety of predators–foxes, coyotes, hawks, bobcats, lynxes, wolves, fisher, weasels, hunters, etc. Automobiles kill many. One study found that only 25 percent of squirrels survive one year in the wild.

Judy Hargrave of Albert Lea asked if acorns falling early portend an early frost. I’ve heard that all my life, but acorns falling prematurely don’t indicate an earlier, colder or harsher winter. Most acorns mature in late summer, but specific stresses on an oak tree, such as a shortage of water, a lack of nutrients and other environmental factors, can lead to acorns dropping prematurely. Someone once told me, it might have been a character on the old TV series “F Troop,” that when moose eat acorn, squirrel fall from tree. I’m not sure if that means an early winter or not.

“What is heat lightning?” Heat lightning is normal lightning from a thunderstorm too far away for the sounds of thunder to be heard.

“As long as I live, I’ll hear waterfalls and birds and winds sing.” — John Muir

“The real measure of your wealth is how much you’d be worth if you lost all your money.” — Bernard Meltzer