Al Batt: A dragonfly is similar to a damselfly, but they have larger eyes 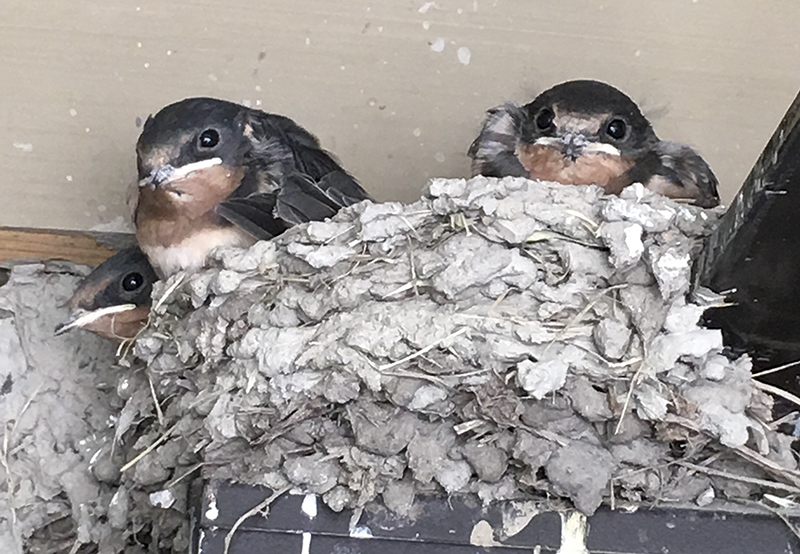 “Everything is nearly copacetic. I’m watching my height. I don’t want to get any taller. I went shopping with Still Bill yesterday. He makes more dust than miles. He claims that doing nothing keeps him busy. He doesn’t embrace work, preferring to hone his laziness skills instead. There’s no limit to what he won’t do. He used to worry about doing nothing, but he got over it. He bought new sweatpants while wearing his old sweatpants. Still Bill never sees a sunrise, but he seldom misses a sunset. His bedroom window faces west. I’m doing his chores for a couple of days because he burned his mouth eating pizza. I’m helping Pat Pending work on his latest invention, orange juice with toothpaste in it. It’ll be for people who want to hate mornings even more. Speaking of mornings, my faithful, old toaster had reached retirement age, so I gave it away as a wedding gift and bought a snazzy, new one. I took it out of the box and plugged it in. Smoke billowed from it, filling the kitchen and setting off the smoke detector.”

“Nope, but it burned the owner’s manual to a crisp.”

The wind and the sky dominated my drive home.

Apparently, only flat animals had tried to cross the roads.

Safely ensconced at home, I watched a robin build a nest. It was avian DIY. The American robin is a recurrent nester. A number of our common birds might have more than one brood a year. Some of those species are the northern cardinal, house wren, mourning dove, house sparrow, gray catbird, eastern bluebird, barn swallow and chipping sparrow.

Dragonflies zoomed here and there on four long, multi-veined, transparent wings. Some reportedly attain flight speeds of up to 30 mph. The wings, which can operate independently of each other, allow the insect to hover, fly backwards, execute rolls, make tight turns and accelerate quickly. Legend has it that dragonflies were given an extra set of wings so that angels could ride on their backs. Some Native American lore portrays dragonflies as the souls of the dead. A Swedish legend is that the devil used them to weigh human souls.

A dragonfly is similar to a damselfly, but with larger eyes than damselflies. Nearly its entire head is eye. Dragonflies have bulkier bodies than damselflies and hind wings that broaden at the base, making them bigger than the front pair. The wings of damselflies are the same size and shape for both sets and narrow where they connect to the body. Dragonflies hold their wings out like airplanes, perpendicular to their bodies, while at rest. Damselflies fold their wings and hold them closed on top of their bodies.

“Why don’t I ever see baby pigeons?” Because you aren’t looking in the right place. They’re there. Rock pigeons build nests in the nooks and crannies of a manmade world. That makes it easier for them to poop on statues. They tend to nest out of view on flat surfaces with a cover. The babies (squabs) are safely hidden until they are able to survive on their own, about a month after hatching. As a result, young pigeons are nearly fully grown and identical to adults by the time they leave the nest. Young pigeons have grayish-brown eyes, turning reddish-orange in adults. The bit of flesh above a pigeon’s beak, the cere, is gray on young birds and white on adults. To my eye, a baby pigeon’s bill appears too long for its body.

“How do birds find food?” With few exceptions, they find their food by sight.

“I saw a grackle without a tail. It was colorful, so I know it was an adult. What happened to it?” Birds missing tails aren’t uncommon. It’s usually an indication that the bird escaped from a predator or other threat. Many bird species can drop their tails as a last resort to avoid being injured or killed. The force required to remove

tail feathers decreases with how vulnerable a species is to predation.

“I found a pheasant egg in a pasture. The grass was short, so it offered no cover. Why was the egg there?” While the hen is getting to the point where she can lay one egg per day, she will drop an egg randomly. I’ve found an egg in my yard. If a hen sees another hen egg laying an egg, she may lay one next to it. Other hens might do the same. Many eggs may end up in this dump nest that isn’t a true nest and is rarely incubated. It’s nothing more than a convenient place to dump eggs until hens are able to lay one per day and build real nests. An egg could be deposited in a duck, partridge or turkey nest. Pheasant hens nest frequently in residual grassy cover found on roadsides, small grain fields, hayfields, wood lots, shelterbelts, along railroad tracks and drainage ditches, and at the edges of lakes and marshes.

“All the good ideas I’ve ever had came to me while I was milking a cow.” — Grant Wood