Al Batt: Not all that appear to be bumblebees are actually bumblebees 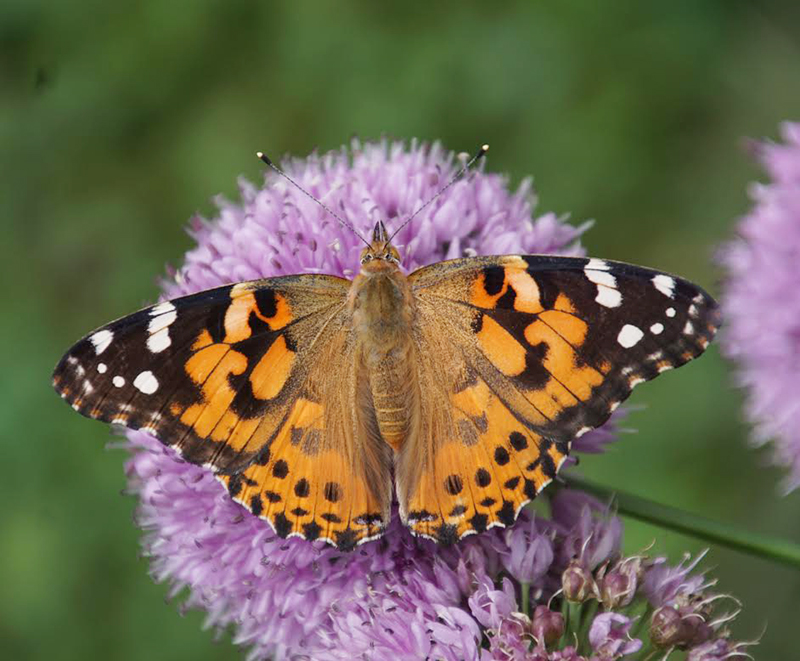 “Everything is nearly copacetic, I just finished a big mug of strong coffee, the true breakfast of champions. Still Bill and his sluggish ways, it’s a good thing he doesn’t mildew easily, called me yesterday and asked if Weasel and I would come over and help him change his yard light. He had a carrot on a stick–his mother’s freshly baked cherry pie. It went well. We put Still Bill on a ladder. He put the new bulb into the socket while Weasel and I turned the ladder.”

“Why wasn’t Weasel on the ladder? He’s a lot smaller than either of you,” I say.

“And more miserly, too. Weasel is so cheap, he sharpens his pencils in front of the fireplace so he can use the shavings as firewood. He tosses quarters around like manhole covers. Weasel prefers staying on the ground since last fall when he fell out of the tree while raking leaves. Once that light was burning, we helped the preacher build a fence around his garden. That wasn’t easy.”

“I suppose it was hard work in the hot sun,” I commiserate.

“That wasn’t it. It was the suspense of waiting to hear what the preacher would say when he hit his thumb with the hammer.”

I walked about the yard, pulling plants that weren’t where they should be. A weed is any plant that is growing where it isn’t wanted. I yanked dandelions, both golden and globed, but I knew they’d be back.

Butterflies fluttered by. Monarch, red admiral, painted lady, clouded sulphur and cabbage white flew about the yard. They each stopped to check out the flowering alliums. These butterfly species are typically seen in my yard from early to mid-May into early October. Their company is welcome at any time. Rabindranath Tagore wrote, “The butterfly counts not months but moments and has time enough.”

I could never see enough butterflies.

I petted a bumble bee. Then I petted a carpenter bee. It was a big day for me. A minor annoyance to them. They were busy working on flowers.

Not all that appear to be bumblebees are bumblebees. Carpenter bees are commonly confused with bumble bees. An easy way to tell the difference is to look at the abdomen. If the abdomen is shiny and black, and not gold, brown and hairy, it’s probably a carpenter bee. Carpenter bees may also have much larger heads. A number of insects mimic bees. Some, like robber flies, mimic bees in order to capture bees. They also prey upon other flies, beetles, butterflies, grasshoppers and moths. Other mimics do it for protection. It’s a way for them to buy insurance. This is called Batesian mimicry, a form of biological resemblance in which a noxious or dangerous organism, equipped with a warning system such as conspicuous coloration, is mimicked by a harmless organism. The mimic gains protection because predators mistake it for the dangerous critter and leave it alone. It was named for its discoverer, the 19th-century English naturalist H.W. Bates.

“Do goldfinches ever eat insects?” According to the Cornell Lab of Ornithology, American goldfinches are among the strictest vegetarians in the bird world, selecting an entirely vegetable diet and only inadvertently swallowing an occasional insect.

“I have a cardinal in my yard with a black bill. Is that normal?” Young cardinals have black bills rather than the orangish-red beaks of the adults. They gradually change to adult coloration.

“Do any birds eat Japanese beetles?” I wish they all did. Starlings eat both the grubs and the adult beetles. Blue jays, cardinals, catbirds, crows, grackles, kingbirds, robins, sparrows and woodpeckers will eat the grubs. Chickens seem to have a taste for them.

“Does feeding the birds really help them?” A study done by Millikin University, from 2011 to 2014, examined how feeding wild birds influences the health of individual birds in Illinois. Generally, the health of birds improved with supplemental feeding. It promoted a reduction in stress and more rapid feather growth. The ease in finding food would have to lessen stress. Parents feeding young birds must find feeders to be excellent at limiting stress. This difference went away when feeders were removed. A negative effect was the spread of disease from dirty feeders, which could be mitigated by cleaning the feeders.

“Gratitude bestows reverence, allowing us to encounter everyday epiphanies, those transcendent moments of awe that change forever how we experience life and the world.” — John Milton

“For every creature there is a paradox at the heart of the necessary ‘struggle for existence’ and the paradox is simply this: Neither man nor any other animal can afford to triumph in that struggle too completely.” — Joseph Wood Krutch