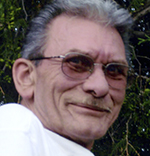 He was born Jan. 20, 1946, in Freeborn County, the son of Arthur and Catherine (Anderson) Miller.

Bob had worked at Schweigert Meats in Albert Lea for several years.

One of Bob’s hobbies was working on cars and he enjoyed teaching his skills to others. Dancing, listening to country music and trying his luck on scratch-off lottery tickets were among some of his favorite pastimes.

Bob will be remembered for his love of a good joke and the joy he got in pulling tricks on his grandchildren.

He was preceded in death by his parents; two sisters, Dorothy Miller, in childhood, and Gloria Kaderabek; and brother-in-law, Charles Wulf.