Tigers have strong week of practice as season gets underway 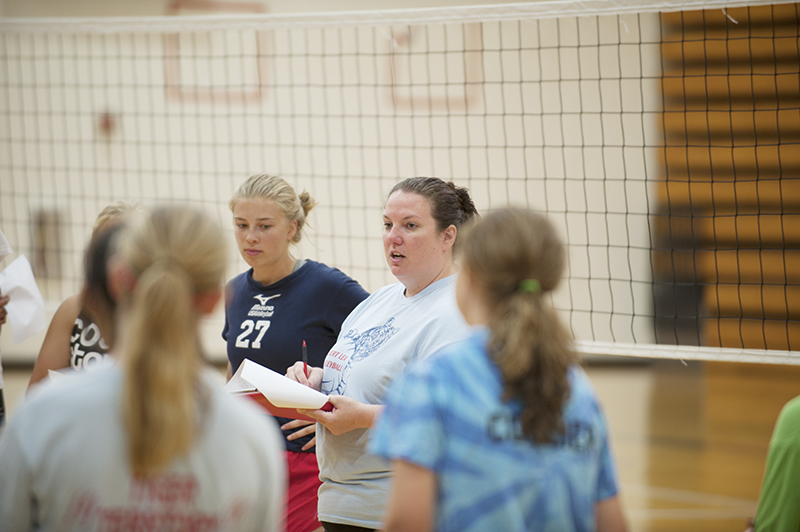 In an interview in July, new first-year head coach Cathy Baumann noted the excitement she saw in the girls over the summer and said she wanted to see them compete once practices got going.

There is no way she was disappointed with what she saw in the first week.

Coming off a season in which the Tigers finished 8-17, they had around 58 girls attend practices this past week and Baumann wasn’t the least bit disappointed.

“We had a lot of great energy in the gym over the past week,” Baumann said. “It really started with our seniors and juniors taking the leadership role Monday during the first practice. They want every single girl involved and working towards one goal.”

The Tigers spent the first couple of days hammering away at the skills of the game. But as the week wore on, Baumann and her coaches started to finalize teams, and even had a few nice surprises.

“We have two sophomores joining our team this season,” Baumann said. “We feel they are ready to make the jump to the varsity level.”

Courtney Harmdierks and Mikaela Pannkuk really impressed over the week, leading to their places on the varsity team.

Those two will join five juniors and five seniors to make up the 12-person team.

Baumann was also impressed with not only the leadership from her seniors, but the display of passion for the game.

She was also happy the team made it through the week without any serious injuries.

However, during a practice Thursday, Bethany Tennis went crashing into one of the stationary fans alongside the wall.

“She didn’t sustain any major injuries, just a big bruise,” Baumann said. “We held her out of Friday’s practice, but it’s nothing a few days of rest can’t heal.”

Albert Lea doesn’t play an official match until Sept. 5 when it hosts Burnsville, but it will get to see where it stands Monday.

Albert Lea will host a scrimmage against Alden-Conger, and Baumann will use that as a good measuring tool to  see where her team needs the most work.

“It’ll be fun for the girls to play against someone else and see where they stack up early in the season,” Baumann said. “For us coaches, it’s a chance to see where we are strong and where some holes might be on our team.”