Margaret was born in Albert Lea. She attended USC and after some travel and exploration, joined the Women’s’ Army Corps. She was promoted to sergeant while stationed in Fort Benning, Georgia, where she worked in the paratroopers. After returning home, she met Jerry Gulbrandson and they 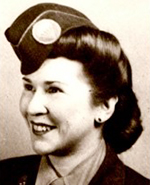 married six weeks later in Albert Lea. Their marriage lasted for 67 years until his death in 2014. Margaret was independent, intellectual, cultured and liberal pursuing many interests and activities throughout her life. She especially loved music — opera, classical, Neil Diamond, Simon and Garfunkel among her favorites. Generous to a fault with her time, comfort, love and help, she was a member of Toastmasters, volunteered with the March of Dimes, served as a loaned executive with the United Way and retired from a job she loved at Toro. Her greatest disappointment would be that she could not see her girl Hillary become president. 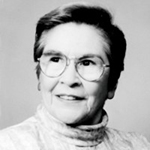 A memorial gathering will be from 1 to 4 p.m. Sunday with service at 1:30 p.m. at the Cremation Society of Minnesota Edina Chapel, 7110 France Ave S. Interment is at Fort Snelling National Cemetery. Memorials may be sent to the Ft. Snelling Volunteer Committee or the Greater Twin Cities United Way.