New Richland community come together after devastation from flood 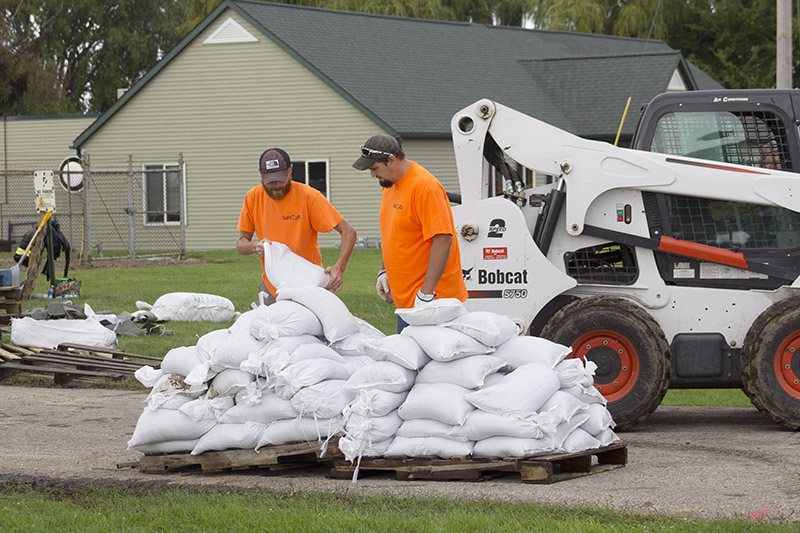 New Richland residents worked together Thursday to clean up the community after torrential rain brought heavy flooding to the region Wednesday night and Thursday morning.

Major sections of the city were barricaded as dozens of residents helped sandbag sections of the community, such as in front of Trapper’s Lanes bowling alley on Main Street, Royal Villa Apartments and NRHEG High School. 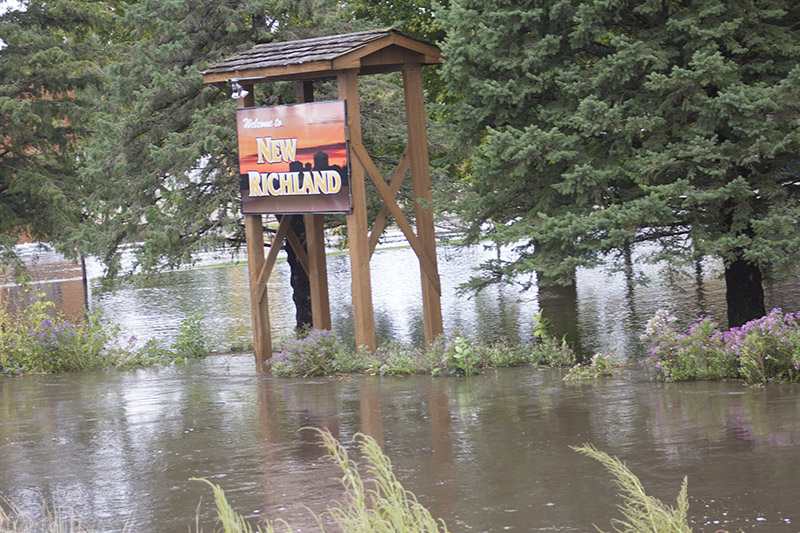 New Richland Care Center was evacuated Thursday morning, and residents were temporarily relocated to facilities in other communities, according to Lavonne Krueger with the care center. No injuries were reported.

New Richland resident Patti Clausen said though the flood took a physical toll on the community, it could not extinguish the spirit of togetherness residents feel.

“The flood itself is very devastating,” Clausen said. “But the community rallies.”

Minnesota Highway 13 was closed at about 4 p.m., and NRHEG Public Schools closed Thursday and today.

Volunteer firefighters from Hartland, Ellendale, Waldorf and Janesville helped the community in its cleanup efforts.

“It’s a disaster,” New Richland City Councilor Sarah Sundve and EMT said, noting her thankfulness for first responders who had been working since Wednesday night.

“The Sheriff’s Office and the Police Department have done an amazing job,” she said.