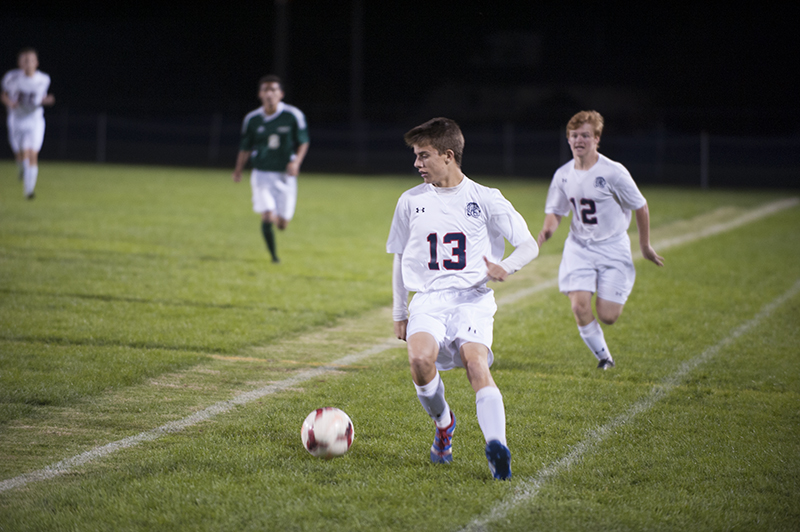 Albert Lea junior Lennon Shimon looks to settle the ball after receiving a pass in the seoncd half Tuesday night against Faribault. The game ended in a tie.

It was a cool and breezy Senior Night for the Albert Lea boys’ soccer team as it hosted the Faribault Falcons Tuesday night.

The Tigers were looking to end a nearly month-long losing streak, in which they have six games and tied once.

The Falcons dominated the ball, but the Tigers had some opportunities to score. Tigers’ goalkeeper Jose DeLeon made some fantastic plays on the ball to keep the game scoreless, as neither team was able to push across a run during the 80 minutes of regulation or the two five-minute extra time periods to end in a 0-0 tie. 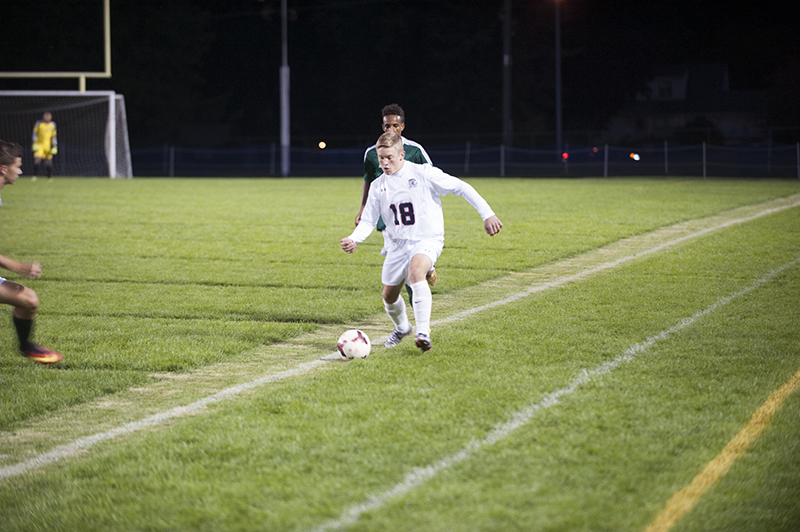 Albert Lea’s Drew Sorenson looks to pass the ball ahead to a teammate during the seoncd of Tuesday’s game against Faribault. Jarrod Peterson/Albert Lea Tribune

The Tigers’ last win came against Worthington on Aug. 30.

It will take on Mankato East Thursday night at Hammer Sports Complex.