The two candidates for Minnesota’s 1st District congressional seat had different reactions to the stabbing Saturday in St. Cloud. 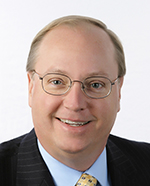 For reasons still unclear, authorities say Dahir Ahmed Adan put on a security guard uniform and went into a central Minnesota mall armed with what appeared to be a kitchen knife. In an attack that took just minutes, he injured 10 people before he was shot and killed by an off-duty police officer.

Republican candidate Jim Hagedorn said Sunday the attack was carried out by a purported ISIS foot soldier, and said he thinks the revelation validates his policy of a refugee resettlement program time-out.

“We are at war with Islamic supremacists who adhere to the ideology of radical Islam,” he said. “Minnesota has a terrorist recruiting problem from existing east African refugees who were brought to the United States under the current immigration and vetting process.” 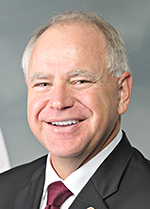 In a statement released following the attack, Walz said he wished a quick recovery for the victims, noting he was thankful for “the quick, courageous action by off-duty law enforcement officer Jason Falconer and first responders.”

“I want to also thank the FBI as they work to determine the motivation behind this attack, as well as the attacks in New York and New Jersey,” he said. “As a 24-year veteran of the Army National Guard, protecting Americans’ safety and security is of critical importance to me.

Whether or not ISIS was involved in these attacks, we know they seek to do harm to Americans, and we must destroy them. We must reject their message of intolerance and bigotry, and we must not rest until those who sow terror are brought to justice.”

Hagedorn said he called for a pause on refugee resettlement before GOP presidential candidate Donald Trump and slammed Walz as a “politically-correct liberal who voted for the immigration policies that greatly contributed to Minnesota’s Islamic terrorism problem.”