Al Batt: What is the home range of a raccoon? Do wasps reuse their nests? 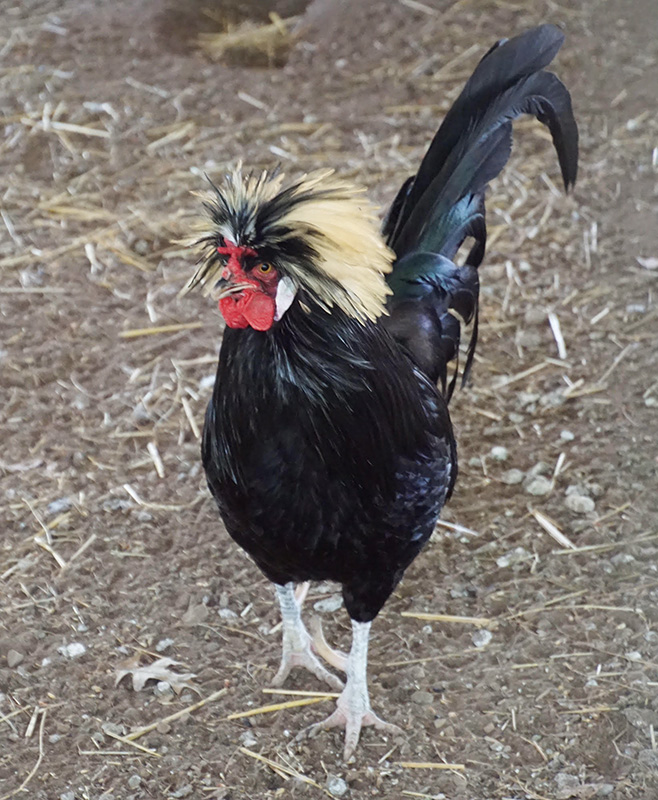 A chicken is a lovely bird. Al Batt/Albert Lea Tribune

“Everything is nearly copacetic. I was really happy to see fog on the mirror this morning and I found some bacon-scented soap. Scooter’s career is more of a careen. He lost his job draining the jelly out of day-old doughnuts at Baking Bad Bakery. Scooter is now working at McDonald’s. Scooter doesn’t want to work, but he’s developed some expensive habits like eating and sleeping indoors. McDonald’s hires one person for each store whose job it is to straighten out the bent coins by hitting them with a ballpeen hammer. That’s Scooter’s job. He is the quarter pounder. Pop goes to McDonald’s every day. He has reached the age where buying a book is quite a commitment. He has a quirky side. Well, every side is quirky. Pop admires our elected officials. Mayor McCheese is the reason he likes McDonald’s. He doesn’t like going to the doctor. We make his appointments for him. We put Pop in the backseat of the car to take him to his doctor’s appointment. We tell him that we’re going to play cribbage. About half the way there, we hear him say, ‘Wait! This isn’t the way to the senior citizen center!’”

I walked the college campus. The weather fit what I was wearing. It was a merely a coincidence. Weather reports don’t matter much. It’s a crapshoot in the fall.

I’ve been fortunate to have taught countless classes on birds. Often, I ask the participants to tell me what is their favorite bird. I did that again, recently. I got the usual answers–cardinal, loon, bald eagle, chickadee, hawk, owl and others. One man answered, “Fried chicken.”

“I just saw a nitwit,” she said excitedly.

I knew it was true, but it still hurt.

“I meant nuthatch,” she corrected herself.

I grew up with a great horned owl. It had no eyes. Yet it could catch prey. Great horned owls have tufts (horns) of feathers on their heads. They express an owl’s mood, but aren’t ears. Its ears are holes located on the edges of the facial disc. These ear holes aren’t symmetrical. They are lopsided. This allows the owl to triangulate sounds. The sounds that each ear receives differ in intensity based upon where the prey is located. The owl also has a well-developed medulla, a part of the brain that allows for spatial mapping. An owl is able to visualize an object in the darkness.

“Do wasps reuse nests?” Old nests are never reused, but a favorable nesting site may be selected year after year.

“How big are chiggers?” They are just a bit larger than the period at the end of this sentence.

“What is the home range of a raccoon?” The size varies according to age, sex, population density, habitat quality and the season. Adult males occupy the largest areas and there is overlap in the home ranges of both adult males and females. One study found a home range to be typically 80 to 160 acres. Another found raccoons roaming from 1 to 6 miles.

Denny Galagan of Albert Lea and Clark Hammer of Geneva asked how to plant milkweed in the fall. Water the ground thoroughly, saturating the soil. Stick your forefinger into the dirt up to the first knuckle. Drop a seed in and cover it with soil. Form the letter L with your thumb and forefinger. Use the distance between the tips of each digit for the approximate spacing of seeds. Not all seeds germinate, so exact spacing isn’t that important. Some people place a few inches of straw or leaf mulch over the planted area. Folks who are troubled by squirrels place chicken wire over the seeds.

“Why does the fur of a deer change from a reddish color in the spring to brown in the fall?” A deer’s coat provides thermoregulation and camouflage. Summer coats are thin, allowing deer to cope with heat stress. A deer’s brown winter coat is comprised of two layers. The outer guard hairs are hollow, stiff and longer than the undercoat. The inner layer is soft and dense, furnishing insulation from cold weather and snow. Coat color tends to be darker in forested areas and lighter in agricultural areas.

“This planet came with a set of instructions, but we seem to have misplaced them. Important rules like don’t poison the water, soil, or air, don’t let the earth get overcrowded, and don’t touch the thermostat have been broken.” — Paul Hawken

“Laziness is nothing more than the habit of resting before you get tired.”— Jules Renard