Al Batt: Notes from a life coated in different coats 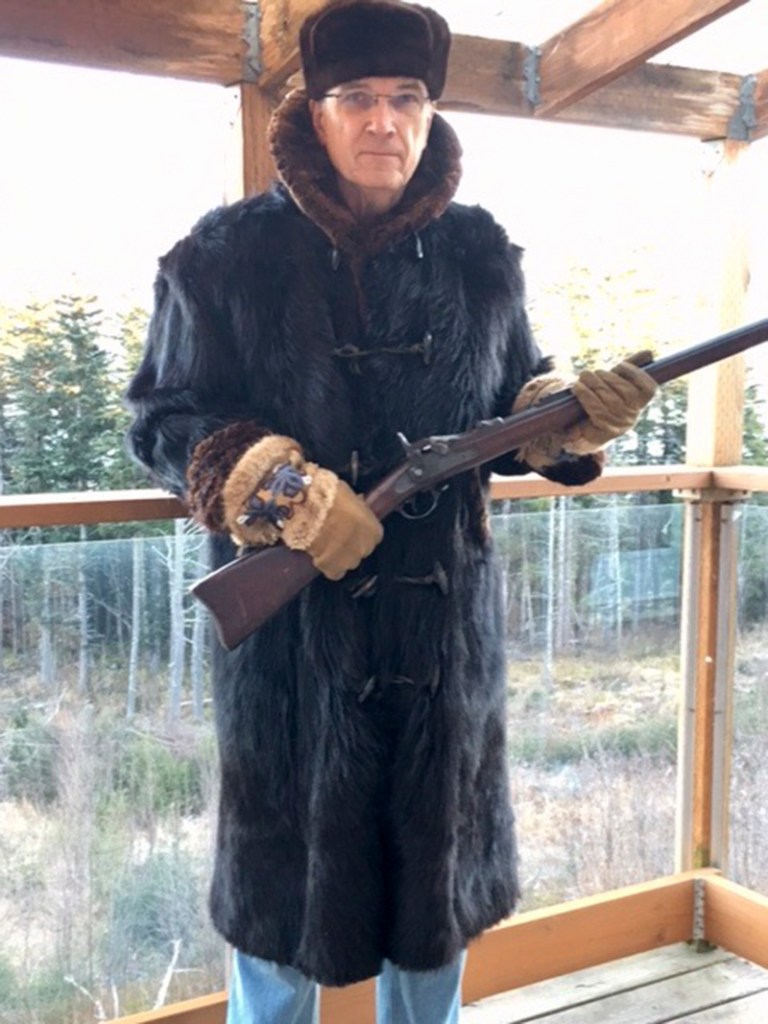 “Some mornings are cold enough that I have to put on a light jacket.”

Climatologists have determined that no outerwear will ever be appropriate for the weather.

When my parents talked to an aunt and uncle about taking me in if anything should have happened to my parents, I listened to their kitchen table conversation by putting my ear to the heat register in the floor of my bedroom above the kitchen.

“What is in this hotdish?” my uncle asked. Most discussions in my family began with food.

“What isn’t?” my mother replied.

“If anything happens to us, we’d like you to take care of little Allen,” my father said.

Anyway, in those days, I wore hand-me-down coats and thought nothing of it. I was happy to have protection from the elements. Being warm was a grand, emotional display back then. In those dark days, men weren’t on speaking terms with their emotions, but we had more coats than throw pillows.

Then I grew taller than anyone else in my family, so I wore new coats. They didn’t make me happier than wearing used coats. I was just pleased to be warm in the winter. I have seasonal allergies to frostbite.

The coats did their jobs, nothing more. The only time I felt as warm as toast or as snug as a bug in the rug is when I was in the house and seated near the wood stove, although the dairy barn filled with hay-chewing bovines offered a pleasant shelter from the cold.

My mother found a winter ensemble for me — coat, hat and mittens — coated in plastic. It worked well except when the temperature got below zero. Then I turned into a stiff and grounded Thanksgiving parade balloon.

I don’t always wear a coat when I should, but whenever I catch a cold, my tongue is coated.

In college, I bought a long coat at a Salvation Army store. I didn’t understand fashion and had no clue about vague concepts such as color coordination, but I figured that long coats saved wear and tear on pants. I’ve always been more interested in utility than style.

That’s why several times a week, as I walk to the door to leave the house, my wife says, “You’re not going out looking like that, are you?”

“No,” I lie. “I’m just wearing this to make sure you’re paying attention.”

Querencia has been defined as the part of a bullfighting ring where a wounded bull takes its stand. As a boy, I thought of a querencia as the place a cow returned to after she’d gotten out of a pasture. It’s a place where one feels secure.

I’ve a number of places that I think of as a querencia. On days that I’ve worked alongside a gelid lake or river, I’m thankful for a good winter coat. I’ve walked a breakwater on Lake Superior in January. A warm coat was my querencia.

A friend in Alaska posed me in a bear coat from the 1920s. I donned a hat of marten, moose hide gloves and held an elderly Springfield rifle. The coat was warm, but great googly moogly, it felt as heavy as lead socks. I shuffled around as if I were carrying a bear. Photos were taken here and there. The wielders of cameras were doing a documentary on how the world is made up of protons, neutrons, electrons and morons. The coat I’d worn to Alaska weighed less than the sleeve of that ancient garment.

I have the nicest coat I’ve ever owned. It’s lightweight and warm. It fills little space. The bulkiness of many winter coats causes me to whimper. The only thing I could hold against it was that it had only two pockets. The sad thing is that my coat has a rip in it. Every coat I’ve ever owned gets one sooner or later. This one got it sooner than later. It involved an encounter with a sharp rock made slippery by rain.

A tear in a new coat is similar to the first dent in a new car.

Such things cause one to mutter, “I can’t have anything nice.”

I’ll be all right.

Things have gotten better. I had no duct tape, so I put a Band-Aid over the coat’s wound.

The sad violins have stopped playing.