Al Batt: Ravens and crows are not always found in the exact same areas 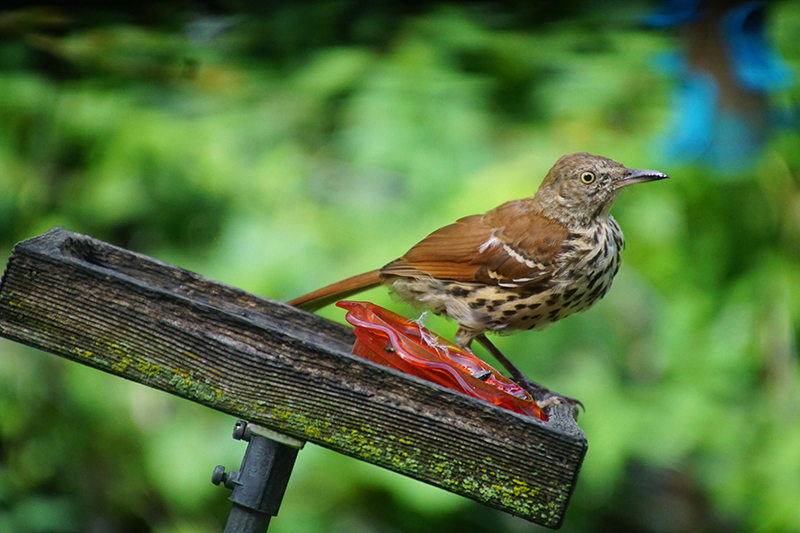 “Everything is neatly copacetic. A grandson and I watched an NFL game on TV the other day. I’m in a fantasy football leagues for no apparent reason. One of my players was having a terrible game. I couldn’t take it anymore. I bellowed, ‘That stupid halfback! He fumbles three times and each time the other team recovers! Why do they even let him play?’ My grandson gave me a peculiar look. He gets that from his mother’s side. ‘Grandpa,’ he said, ‘maybe it’s his ball.’”

“I’ve learned that having a cellphone has made me more efficient. Especially when I turn it off. I heard ‘Bad to the Bone,’ which means my cellphone would be ringing if it didn’t play music instead. A caller from a mortgage company asked, ‘Do you have a second mortgage on your home?’ I told her that I didn’t. She asked me if I’d like to consolidate my debts. I really don’t have any other than an operating loan to support my farming habit. She asked if I could use a home improvement loan. I told her that I’d pay cash for that nail. She asked if I were looking for a wife.”

There was a brown thrasher in the egress window of our house. It was perched on a stick that had fallen into that space. It was a cold and windy December morning. The bird needed to move southward. A brown thrasher loves peanuts. I placed peanuts here and there in areas where I thought the bird would find them. I retreated to my office and stared out the window. It wasn’t long before the thrasher was eating peanuts. I was pleased. Blue jays, also lovers of peanuts, flew in. No worries. There were enough goobers for everyone. Then a fox squirrel came upon the scene and began eating the peanuts at an incredible rate. It bullied the thrasher away. I like squirrels. I feed squirrels. I did a goofy thing. I opened a window and barked like a dog. It worked. The squirrel bounded away. I’m not proud of myself, but I figure there has to be at least one other person who would have done the same thing. I expect I’ll soon be rolling down the car window and mooing when driving past a herd of cows.

To quote the words of a raven once more

Last week, I included a photo of a raven in this column. The raven was raiding a trash bin. A few readers asked for more information.

The raven was outside the Breeze Inn in Juneau, Alaska. The Breeze Inn is across the street from a McDonald’s. There is a slotted trash receptacle in front of the Breeze Inn that gets a great deal of discarded McDonald’s bags. The ravens reach in and use their bills to extricate the bags. They drop the bags to the ground and pull out the contents, hoping to find a stray french fry or stale hamburger bun. They become litter birds.

Ravens and crows aren’t always found in the same areas. Ravens are larger than crows, approximately the size of a red-tailed hawk. Ravens have longer middle feathers in their tails, so their tails appears wedge-shaped when open in flight. A crow’s tail feathers are about the same length, so its tail opens like a fan. Ravens have heavier bills than crows. Ravens produce low croaking sounds. Crows make cawing sounds. In Norse mythology, the god Odin had two ravens named Thought and Memory that flew the world each day and kept him informed as to what was happening.

“What would make a good Christmas present for a nature lover?” Here are some nice gifts that won’t require bank loans. Your time–hard to find a greater gift. A state park sticker is a gift that keeps on giving. Books and field guides. A Duck Stamp that allows entry to National Wildlife Refuges and 98 percent of its $25 cost goes towards wetland habitat preservation. Bird feeder and seed. A shepherd’s hook to hang a feeder. Warm gloves and socks. A membership to a favorite organization such as the Audubon Society. A subscription to Bird Watcher’s Digest found at www.birdwatchersdigest.com

“Deer must have good eyesight. Why can’t they see hunters?” Humans have trichromatic color vision, meaning our eyes contain three types of photopigments. These photopigments enable us to see short, moderate and long wavelengths of light, corresponding to blue, green and red colors. In contrast, white-tailed deer eyes have only two types of photopigments, giving them dichromatic color vision. Scientists believe that deer are red-green colorblind. Their color vision is limited to the short and middle wavelength colors. Deer distinguish blue from red, but not green from red, or orange from red. Deer perceive a hunter’s blaze orange as neutral gray. Because deer can’t distinguish color shades as well as we can, camouflage clothing containing similar colors makes a hunter appear like a blob to deer.

“What is a mud puppy?” It’s a nickname for a salamander. Another handle is spring lizard. Vernacular names for the hellbender, a large salamander not found here, include devil dog, mud devil, Allegheny alligator, mud dog and the flattering, snot otter.

“The true secret of happiness lies in taking a genuine interest in all the details of daily life.” — William Morris