Al Batt: What’s a group of eagles called? How do chickadees eat so much? 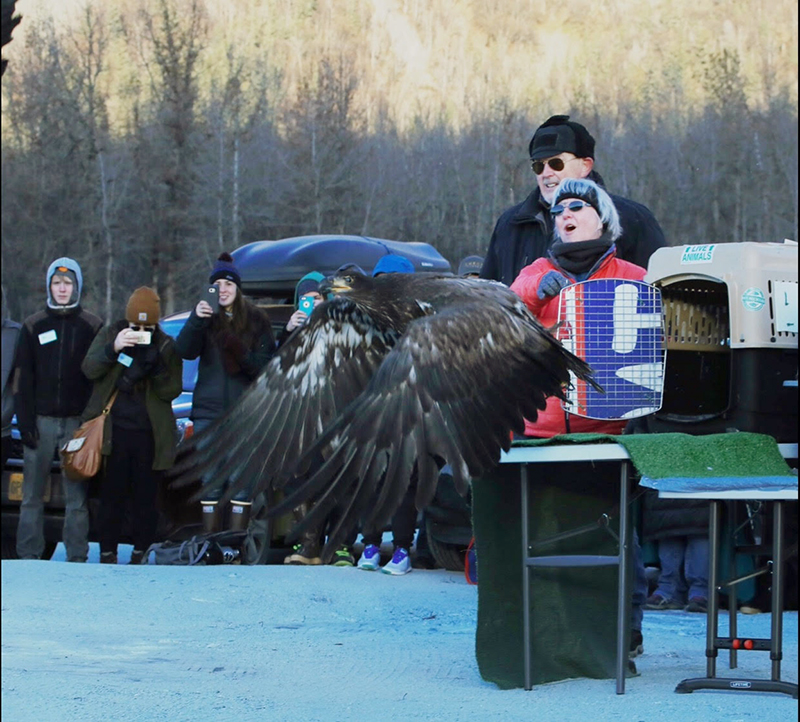 “Everything is nearly copacetic. I’m still wiping my mouth on my sleeve to save on napkins. It’s colder than a mother-in-law’s kiss out there. I’ve made mistakes. If I had my life to live over, I’d have made them sooner. I signed up for a hanger management class. I need to learn how to arrange my closets so that I can find something in them. I took Pop to the eye doctor last week. The doctor asked him to read the eye chart. Pop walked right up to within a foot of the chart and read it. Pop is trying to lose weight. His necktie has gotten too tight. He’s a second-generation vegetarian. Cows eat grass and he eats cows. His family comes in three sizes — large, extra-large and traveling with a circus. After the visit to the eye doctor, I took him to the dentist, Phil McAvity, for a checkup. Pop is a patient who tries Phil’s patience. Pop got right into the chair. After a few minutes, Phil sits back and says, ‘You’re going to have to stop eating pizza.’ Pop wondered why. ‘Because,’ said Phil, ‘I’m trying to work in your mouth!’”

Sunset gets in a hurry this time of year. It follows the usual unusual pattern. The weather is fair today, unfair tomorrow. The trees have become quiet, having lost most of their music makers – rustling leaves and singing birds.

Where all the eagles are above average

There was muffled applause as two eagles, each in its own pet carrier, were moved to a table set not far from the Chilkat River near Haines, Alaska. The applause was muffled because it was a cold November day and people were wearing mittens and gloves. Many people had gathered to see the release of two rehabilitated eagles. The eagles were stars. It was hard not to take a photo of someone taking a photo. It was like a world wrapped in bacon for a man who really loves bacon. It was a perfect time. Then it got even better. My wife had the honor of releasing one of the eagles. When the eagle flew, the applause was loud, easily overcoming the handicap of gloves and mittens. My heart flew with the eagle and danced with my wife’s smile.

Love finds happiness in the happiness of another. It wasn’t all that long ago when I saw no eagles. They were ghosts. Francois de La Rochefoucauld said, “True love is like ghosts, which everyone talks about and few have seen.”

Coyote in the city

I saw a coyote near the airport in the Twin Cities. Coyotes conquer more and more territory. The more they are persecuted, the more they prosper. The one I spotted in my early morning drive home looked big. A big coyote might weigh 40 pounds. It had likely been eating a lot of rodents. A coyote’s coloration allows the animal to disappear quickly. I’d surprised a coyote walking along a road in Alaska. The animal climbed a sheer, rock wall as it were a flat prairie. Sparse vegetation growing from the wall allowed the animal to gain a foothold. It quickly put distance between it and me. Wile E. Coyote couldn’t have done it any better with an Acme rocket strapped to his body. All living things are amazing. Coyotes are amazingly amazing. The University of South Dakota’s athletic teams are nicknamed the Coyotes. Coyotes are cool. Just ask the 10,038 college students in Vermillion, South Dakota.

“What is a group of eagles called?” A convocation.

“I watch chickadees feeding all day at my feeders. How can they eat so much?” A chickadee spends most of its time foraging, as it needs a good supply of calories to produce enough energy to survive the cold weather. It caches food for winter. A chickadee flies into a feeder, grabs a seed and flies away quickly to hide it. This behavior is called scatter-hoarding.

“I saw downy woodpeckers this summer that had red on different parts of their heads. Is one a male and one a female?” Adult male and adult female downy woodpeckers look similar, except that the male has a red patch on the back of the neck and the female has no red. Juvenile have red caps.

“What is a catamount?” It’s another name for the cougar, also known as the mountain lion, puma, panther, painter or ghost cat. A cougar is able to purr like housecats, bobcats, ocelots, lynxes and cheetahs. The big cats-– lions, tigers, leopards and jaguars — are unable to purr.

“When despair for the world grows in me and I wake in the night at the least sound in fear of what my life and my children’s lives may be, I go and lie down where the wood drake rests in his beauty on the water, and the great heron feeds. I come into the peace of wild things who do not tax their lives with forethought of grief. I come into the presence of still water. And I feel above me the day-blind stars waiting with their light. For a time I rest in the grace of the world, and am free.” — Wendell Berry.

“If you don’t like to read, you haven’t found the right book.” — J.K. Rowling